Miguel Díaz-Canel Bermúdez, member of the Party Central Committee Political Bureau, and President of the Councils of State and Ministers, delivers the event’s central remarks.

“Before the historic generation that accompanies us I will deliver the central remarks at this event, in the same place where the Comandante en Jefe, on the same date in 2006, presided and closed for the last time a National Rebellion Day commemoration. “I speak on behalf of the grateful.”

“It is no accident, that located in Granma is the second garrison assaulted that morning, the Carlos Manuel de Céspedes, in Bayamo, that today is a museum park bearing the honorable name of Ñico López, one of the leaders of the action in this city – Raúl’s great friend, in whose office the photo of a boy with big black glasses occupies a place of honor.

“Ñico was killed just hours after the Granma landing, but he has not been absent a minute from the revolutionary work to which he gave himself with such passion and confidence in victory.

“They were more brothers than friends, those men and women who put the nation first, who thought of the country as a family.

“We came from them, and it is very important that our tributes, annual or daily, not be enclosed within an act, in verses or a few words about dates.

“The Revolution now needs us to unleash a great battle for our defense and economy, to break the enemy’s plan to destroy us and asphyxiate us…

“It is up to us to think as a country, because no one else is going to think for us.”

“It requires, at the same time, that we strengthen, among the people, spirituality, civics, decency, solidarity, social discipline, and a sense of public service. 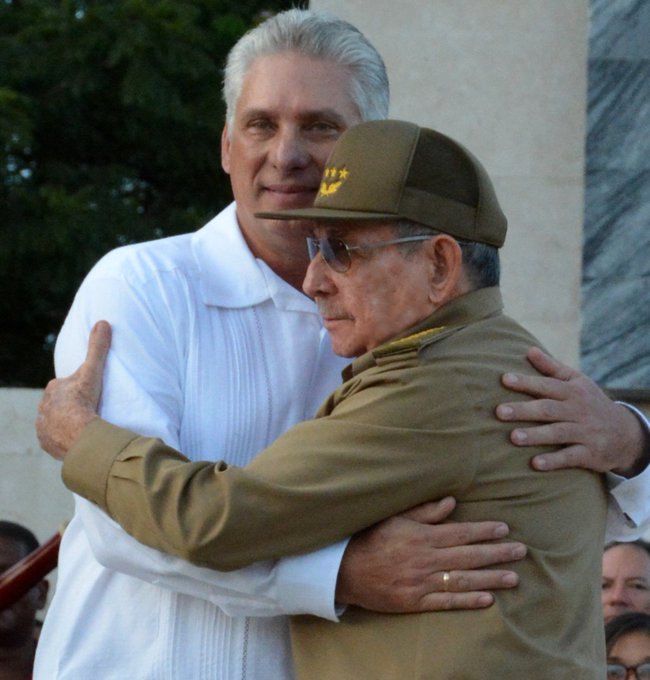 “Despite the pain, the physical loss of those beings ‘from another world’  – from the song “Los elegidos” – the survivors of that epic feat, guided by Fidel, never complained, or went to a corner to mourn their fallen or murdered companions. “Five years, five months, and five days after the assaults on the garrisons in Santiago de Cuba and Bayamo, denying the alleged failure of 53, the victory of 59 would come. The setback became a victory.

“An explanation of the miracle of a group of men defeating one of the best equipped armies on the continent can only be found in the outstanding values ​​of the Centerary Generation, their sense of justice, loyalty to a cause, commitment to their Word, confidence in victory, unwavering faith in the people, and unity as a principle.

“Our parents and teachers taught us that it is easy to break sticks separately, but impossible to break a bundle tightly united.

“To confuse public opinion and give this confrontation a legality it does not have, the Helms-Burton was fabricated, a legal invention that combines the empire’s desires for dominance over our destinies and the revenge of those nostalgic for the Batista dictatorship.

“The current claimants of properties, that 60 years ago finally passed to the hands of the people, come from the immoral and antipatriotic beings who sacked the country.

“Let me warn them that the descendants of the campesinos and Mambi cavalry who took the Plaza in 1959 to greet the victorious Revolution, inherited the land and the machetes of their ancestors, and would not hesitate to wield them sharply against those who attempt to snatch the land the Revolution awarded them.

“Only a Revolution could change the country’s panorama, which four years after the assaults had deteriorated so much that, in 1957, a religious organization… would call for radical, definitive change in the country.

“Cuba changed, but not the powerful neighbor’s efforts to possess it, with the enthusiastic collaboration of hawks and the servile anti-patriots in South Florida.

“I am going to provide a recent figure, for the world’s consideration: in this last year alone, from March 2018 through April of 2019, the blockade caused us losses valued at 4.343 billion dollars.

“After six decades of harassment of the simplest Cuba transaction, accumulated losses have reached 922,630,000,000 dollars, taking into account the depreciation of green bills as compared to gold.

“The siege is being increasingly tightened around our country, around Venezuela, Nicaragua, and any other nation that refuses to accept the imperial plan for its destiny.”

“Today, before the people of Cuba and the world, we denounce the U.S. administration for beginning to act more aggressively to prevent the delivery of fuel to Cuba.

“The genocidal plan is to affect, even more, the population’s quality of life, its progress, and even its hopes, with the objective of hurting Cuban families in daily life, in their basic needs, and accuse the Cuban government of being ineffective. They are seeking a social explosion.

“How little they know us! When will they finally understand that the heroic Cuban family is capable of facing, and resisting with dignity, the worse siege, and continue loving each other, despite distances, because nothing, no one, can divide us?

“Ignorant of history and the Cuban Revolution’s foreign policy principles, they propose to negotiate a possible reconciliation with us, in exchange for abandoning the course chosen and defended by our people. They suggest betraying friends, throwing 60 years of dignity into the trash bin.“No, imperialist gentlemen, we do not understand each other.“Any proposal that departs from respect among equals does not interest us.“And as for the U.S. people, they are always invited to Cuba. Our doors are open. Come, see, and get to know the reality of the country you are not allowed to visit, in the name of freedom, an essential human right that, they say, is lacking in Cuba and abounds there.

“Going for more is not a slogan. It is a translation of the government’s language in response to the enemy’s policy: With those who want to steal our land, our homes, our schools, hospitals, childcare centers, beaches, ports, and airports… there can be no understanding.

“Let us all work to make every day in the almanac a 26th; every month in the year, a July; and every commitment a victorious Moncada!

“The world will see what we are capable of doing and the world will join us in our resistance. It is time to make a new and urgent call to conscience.

“We are going for more because we are Cuba and we are continuity.

With the presence of Army General Raúl Castro Ruz, the President of Cuba’s Councils of State and Ministers, Miguel Díaz-Canel Bermúdez opened the political-cultural commemoration for the 66th Anniversary of the Assaults on the Moncada and Carlos Manuel de Cespedes Garrisons.

Also in attendance are José Ramón Machado Ventura, second secretary of the Party Central Committee, and members of the Political Bureau, Salvador Valdés Mesa, first vice president of the Councils of State and Ministers; Esteban Lazo Hernández, president of the National Assembly of People’s Power; Susely Morfa González, first secretary of the Young Communists League National Bureau; and other Party leaders and the Granma provincial government.

As soon as the day dawns, Bayamo’s Plaza de la Patria will welcome thousands of Granma residents for the national commemoration for the 66th anniversary of the assaults on the Moncada in Santiago de Cuba and the Carlos Manuel de Céspedes Garrison, in this historic city. Granma offers special coverage of the events.