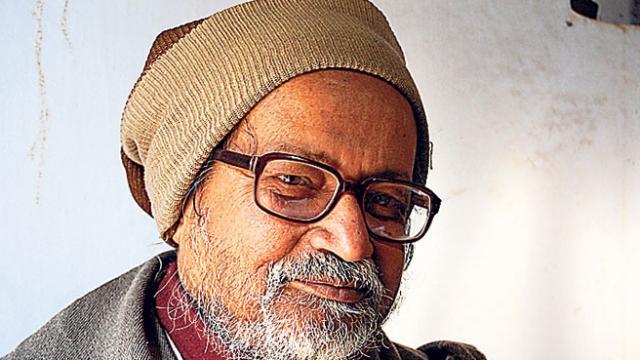 Comrade A. K. Roy, the legendary trade union leader of coal miners in Dhanbad region died on July 21, 2019. With him an era of trade union movement has come to a close. He and later Comrade Shankar Guha Niyogi of Chhatisgarh were pioneers of a new trade movement that came into being in the early 70s and became vigorous after 1977.

I first met Com. Roy in the early 70s when Com. Sitaram Shastry and I were sent by our little group to explore working with trade unions. We chose Roy because he was recently thrown out of CPI (M) but remained in CITU. Roy was extremely perceptive and generous. He knew that we were one of the Naxalite groups and that I was inexperienced in real politics. He knew or sensed that I have an engineering background. He himself was a metallurgist. So, he told me that class struggle was like a froth floatation process. As it heats up the most militant workers are thrown up. Then in the jail we conduct classes on Marxism! I developed a romantic view of the jail where the governments feed the leaders and the most militant workers and the leader carries on classes in Marxism undisturbed by daily worries of earning, cooking etc.! His messages were no matter what our political line was, our first duty is to teach workers Marxism. He was thus telling me, don’t meddle in union work, but concentrate on worker education.

We were first assigned to work for his election. I was very impressed by his speeches. He spoke Hindi with a Bengali accent. His line was simple. He has not come to ask for vote and win election. Election gives him an opportunity to hold meetings with workers freely. And his message was that only in unionising workers have future.

Later I was sent to work with the Union in Bokaro Steel Plant. During the day I spent time in the Union office, writing replies to ‘show cause notices’ which some worker or other gets regularly. I used to charge 25 paise per typed letter! Then I used to conduct classes in the evening. I also helped workers to build a library of progressive literature in Hindi and ran a worker writers’ group for the journal Filhaalwhich our group was bringing out from Patna. A. K. Roy knew all this and was happy that we were playing a supportive role to his work. On my part, it was the most valuable experience and lesson in Marxism and politics for me. Later our group asked me to move to Patna to work for Filhaal. So, the experience also taught me to become an author with a lifelong mission of writing for left wing cadre education. Today in these distressing times it has helped me to live in peace with myself writing for Frontier Weekly regularly. I owe this entirely to Com. A. K. Roy for the opportunity I got at such a young age.

T. Vijayendra is a political commentator