The Bank of England is withholding around US$1.56 billion in gold reserves from Venezuela.

As a reaction to this step by the Bank of England, the Italian Chamber of Deputies member Claudio Borghi suggested that the Italian state’s ownership of its own gold reserves be more clearly defined in a new law. END_OF_DOCUMENT_TOKEN_TO_BE_REPLACED

END_OF_DOCUMENT_TOKEN_TO_BE_REPLACED

Real character of interventionists’ so-called aid to Venezuela is already exposed. The interventionist-“aid” is now facing criticism by the mainstream media.

Gladys McCormick, opinion contributor, The Hill, U.S., writes about the so-called aid to Venezuela, which was stored at Colombia-Venezuela and Brazil-Venezuela border. 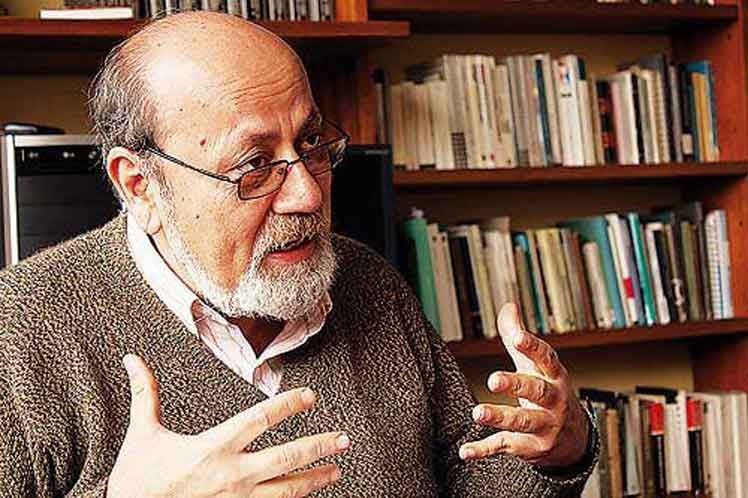 The statement issued Monday by the Lima Group, beyond its rejection of the use of force in Venezuela, evidences the difficulties faced by the strategy of the hardest sectors, commented Peruvian analyst Alberto Adrianzen Tuesday.

The former presidential advisor comments on the failure of these sectors, among which he mentions the self-proclaimed interim president of Venezuela, the United States, Colombia and Argentina. END_OF_DOCUMENT_TOKEN_TO_BE_REPLACED 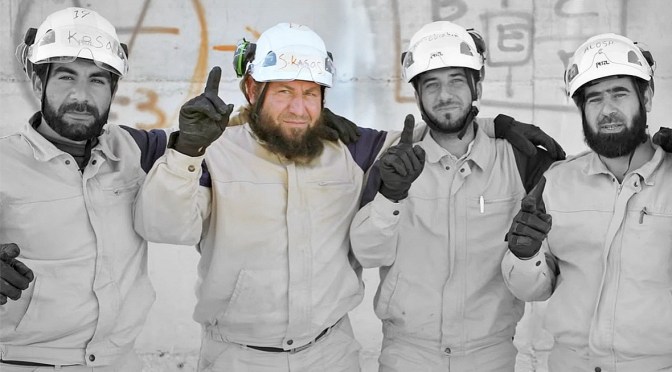 The network of “humanitarian” Syria regime change groups recently experienced yet another major PR crisis. On February 9, James Harkin, a journalist who’s written for The Guardian and the Financial Times and is the director of the Center for Investigative Journalism, published an article in The Intercept titled What happened in Douma? Searching for facts in the fog of Syria’s propaganda war. Harkin’s conclusions were essentially reiterations of what less mainstream journalists had found in the past, which meant he likely would have experienced blowback if he’d talked about them during the height of the pro-war Syria propaganda campaign in April of last year. According to Harkin’s investigations, sarin had not been used at the site of the supposed Douma chemical attack, and the hospital scene had apparently been staged.

END_OF_DOCUMENT_TOKEN_TO_BE_REPLACED 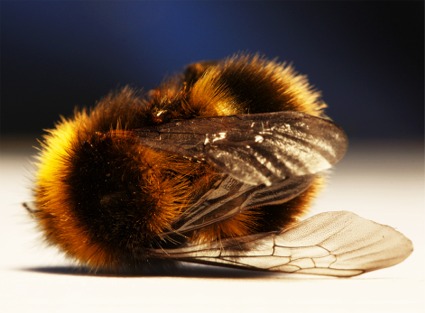 Insects are facing extinction all over the world, at a rate that bodes disastrous ecological collapse, reports the first global scientific review published in the journal Biological Conservation. (FranciscoSánchez-Bayo, Kris A.G.Wyckhuys, Worldwide decline of the entomofauna: A review of its drivers, Biological Conservation, Vol. 232, Apr. 2019)

More than 40% insect species are threatened with extinction and a third are endangered, according to the analysis. The rate of extinction is eight times faster than that of mammals, reptiles and birds. The total mass of insects is falling by 2.5% per year, that suggests with the best data available they could face total extinction within a century. END_OF_DOCUMENT_TOKEN_TO_BE_REPLACED 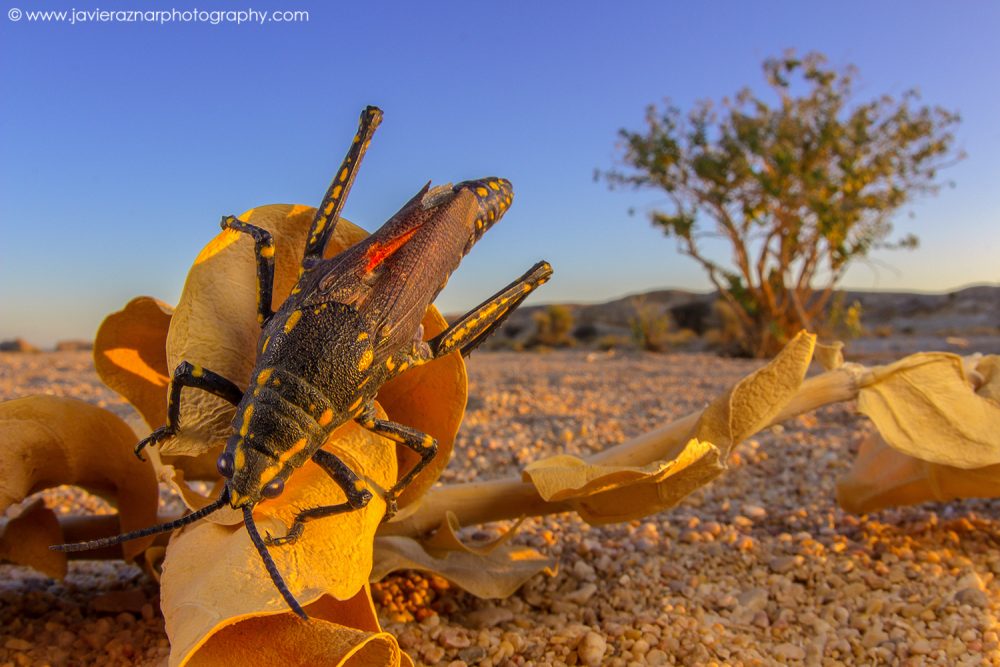 Insects are all over the world – in and over the waters at the edge of the seas, in and over the waters of lakes, rivers and creeks and swamps and irrigation ditches. They thrive in the forests, mountains, deserts, land, cities, villages, in the tropics and in the homes of the poor and the powerful. Their populations are the largest of all other species. They have been occupying the Earth for 400 million years. END_OF_DOCUMENT_TOKEN_TO_BE_REPLACED 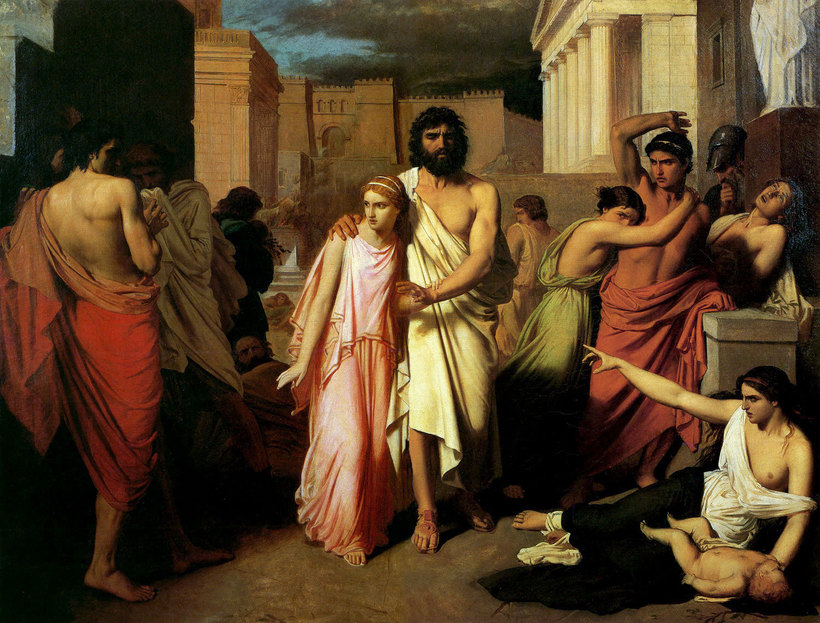 THE PLAGUE OF THEBES BY CHARLES JALABERT, 1841. COURTESY WIKIPEDIA.

Ancient Greeks worshipped the Earth. In the fourth century BCE, Plato’s cosmological dialogue, Timaeus, left us a picture of a mathematical, rational, and beautiful cosmos, including a spherical Earth, “the maker of day and night and the first and oldest of the gods.”

However, eight hundred years after Plato, the world changed dramatically. With the support of Roman emperors, Christianity triumphed over the many gods of the Greeks. It denounced Plato and nearly destroyed Greek civilization.

END_OF_DOCUMENT_TOKEN_TO_BE_REPLACED

The world of conservation has thrown up various voices of tenacity.  There was Aldo Leopold, a vital figure behind establishing the first wilderness area of the United States when he convinced the Forest Service to protect some five hundred thousand acres of New Mexico’s Gila National Forest.  There was Robert Marshall, the founder of The Wilderness Society.  There was Rachel Carson’s Silent Spring (1962), a solidly aimed blow at the use of DDT and its environmental effects.

Then there are the savvy showmen, the exploiters few short of a scruple, and manipulators keen on lining pockets.  The animal kingdom, for such types, is entertainment, much in the way that the automobile world is there for a figure such as Jeremy Clarkson.  Awareness of the existence of animals – their importance, their relevance – is drummed up by means of display and provocation.  The more dangerous, in a sense, the better, for here, human kind can be shown to be jousting with crocodile, sting ray and lion.  Humankind can return to savage roots, confronting other species in gladiatorial encounters with film crew and an extensive promotion strategy.  This is bullfighting, with a conservationist twist. END_OF_DOCUMENT_TOKEN_TO_BE_REPLACED