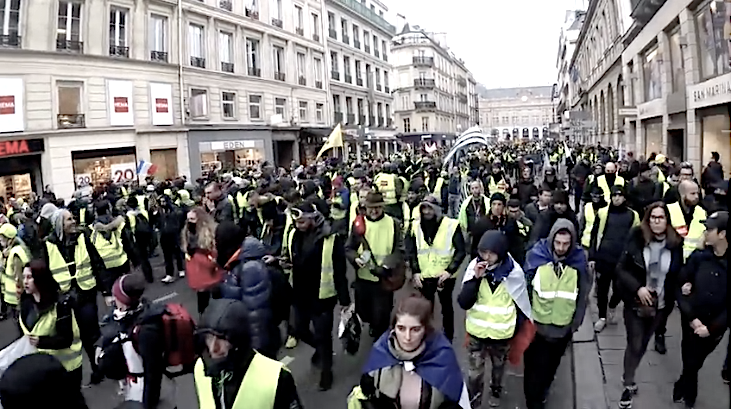 The Gilets Jaunes are NOT opposed to sacrifices to stop and reverse ecological damage, and in fact favor more radical measures than the government has proposed.

Last month Branko Milanovic published a blog post about the Yellow Vest movement against the fuel tax in France. He was worried–like many analysts–that the uprising proves it will be virtually impossible to roll out the policies necessary to reduce carbon emissions. He’s convinced that people simply won’t accept it.He also took the opportunity to hit out at myself and Kate Raworth. “Proponents of degrowth and those who argue that we need to do something dramatic regarding climate change are singularly coy and shy when it comes to pointing out who is going to bear the costs of these changes. As I mentioned in my discussion with Jason and Kate, if they were serious they should go out and tell Western audiences that their real incomes should be cut in half and also explain to them how that should be accomplished.”Let’s deal with these issues one at a time.First, the Yellow Vests. Don’t get it twisted: the French began rioting not because of the fuel tax as such, but rather because it was extremely regressive. The burden of the tax fell disproportionately on rural and peri-urban workers who, already struggling to make ends meet under a government that is openly disdainful of working class people, were suddenly forced to pay more at the pump simply in order to get to their jobs. Meanwhile, the elites of Paris and other cities, who get to use public transportation, were less affected. The Yellow Vests felt this was unfair. And they are right.The Yellow Vests are not against environmental policy. In fact, they highlight ecology as a top priority, and have even called for stronger climate action, accusing Macron of fiddling around the edges with “piecemeal measures”. Real climate policy, they say, requires widespread economic changes, and should target the real drivers of climate change: rich consumers and, above all, corporations. I agree with them.

There are many ways to make a carbon tax fair and progressive. One obvious step would be to tax carbon at source and distribute part of the yields back to working-class households in the form of a dividend or rebate. The effect would be to ensure that the costs of the energy transition are borne by the rich and by corporations, as it should be.

So, my response to Branko:

Branko’s post indicates that he is aware of this dynamic… so one wonders why he is so confused about the way forward. It’s simple: reducing inequality needs to be at the very heart of climate policy. 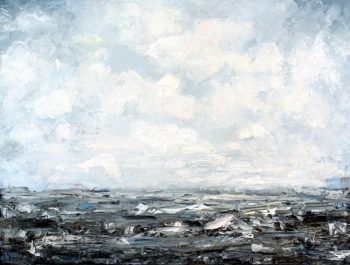 This brings me to the next point, about degrowth.

It is increasingly apparent that Branko has read very little in the field of post-growth or ecological economics. There are literally hundreds of peer reviewed articles and books that explore exactly the questions he’s asking here-including this new economic model that investigates policies for a de-growth scenario in, of all places, France-and yet it seems Branko can’t be bothered to engage with them.

Instead, he continues to misrepresent our scholarship. Literally no one has ever argued that we should just cut everyone’s income in half. That is a ridiculous assertion. Repeating this straw man over and over won’t somehow magically make it true.

Post-growth policy begins with the very principle that–as the Yellow Vests themselves have pointed out–should inform all ecological policy: greater equality. Indeed, the post-growth movement has long argued that equality can be a substitute for growth. By sharing what we already have more fairly, we won’t need to plunder the Earth for more.

The objective of degrowth is to scale down aggregate resource use, energy demand and emissions, focusing on rich, high-consuming nations, and to do this while improving people’s well-being. How do we make this happen? Here are five first steps:

1. Abandon GDP as a measure of progress and either replace it with a more holistic alternative (like the Genuine Progress Indicator) or focus public policy on a series of social indicators to be improved (like well-being, health, good employment) and ecological footprint indicators to be reduced (like resource use, emissions, waste).

2. Scale down throughput by introducing progressive taxes on resource use, emissions and waste, or impose caps on these activities and tighten them each year. Require manufacturers to offer extended warranties on all material products in order to encourage longer lifespans. Legislate a “right to repair”, and introduce laws against planned obsolescence. Ban advertising in public spaces, as Sao Paulo and other cities have done. Prevent supermarkets from trashing food, as France and Italyhave done, and impose fees on food waste while banning it from landfills, as South Korea has done. Etc.

Reducing the material throughput of the economy not only takes pressure off ecosystems, it also reduces energy demand, which-as the recent IPCC report points out-makes the transition to renewable energy much more feasible.

3. Shorten the working week and distribute available work more equally in order to ensure full employment. Not only does a shorter working week have all sorts of positive ecological and social benefits, it also relieves pressures for growth. In the existing economy, as labour productivity improves people get laid off, and we have to generate more growth in order to create new jobs and mop up unemployment. Shortening the working week allows us to create jobs without the need for growth. It also ensures that if aggregate economic activity slows down (which it likely will as material throughput declines) then workers laid off from dying dirty industries can get jobs in cleaner ones, even as total labour requirements diminish.

To offset reductions in working hours, either increase hourly wages with a living wage policy or (to avoid hurting small businesses) introduce a universal basic income, as per proposals by Andre Gorz.

4. Expand universal social goods and reinstate commons, to ensure that people can access the resources they need in order to live well without high levels of income. This means generous, high-quality public healthcare and education, rent controls, affordable public housing and transportation, and access to public parks and recreational facilities. It could also mean a system of universal basic services, as UCL’s Institute for Global Prosperity has proposed.

5. Distribute national income more fairly by introducing either high marginal tax rates on top incomes (like the 80% top marginal tax rate the U.S. averaged from 1943 to 1983), or a maximum wage policy. Roll out a wealth tax, as Thomas Piketty has proposed, and a financial transaction tax. Close down secrecy jurisdictions and introduce a global minimum corporate tax to wipe out tax evasion. Use the proceeds of these taxes, and of the above-mentioned fees on resource use, emissions and waste, to (a) help fund the rapid rollout of renewable energy infrastructure, (b) contribute to a universal basic income, and (c) invest in public goods. Democratise workplaces and encourage co-operative ownership structures for businesses.

Branko says that I am “singularly coy and shy when it comes to pointing out who is going to bear the costs” of transitioning to an ecological economy. I have no idea where he gets this notion. On the contrary, I have always been clear that the transition requires justice as a core principle: that we create a fairer, more equitable society.

About the Author
Dr. Jason Hickel is an anthropologist, author, and a Fellow of the Royal Society of Arts. He has taught at the London School of Economics, the University of Virginia, and Goldsmiths, University of London, where he convenes the MA in Anthropology and Cultural Politics. He serves on the Labour Party task force on international development, works as Policy Director for /The Rules collective, sits on the Executive Board of Academics Stand Against Poverty (ASAP) and recently joined the International Editorial Advisory Board of Third World Quarterly.