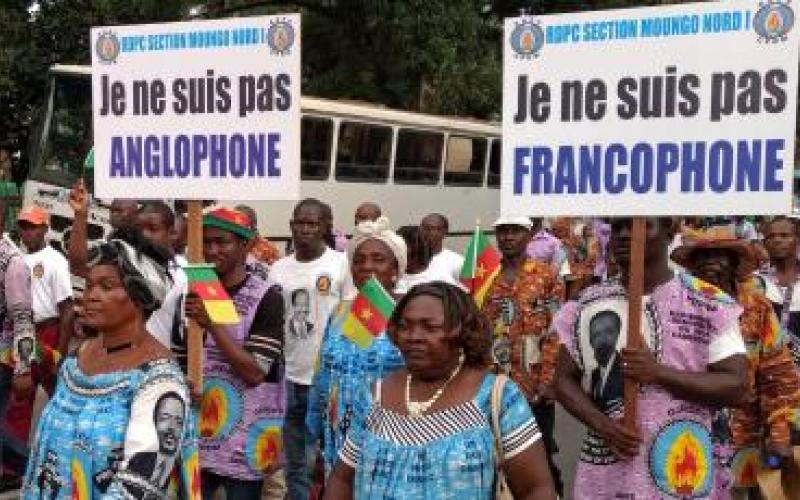 Over the last 12 months events on the African continent have reinforced the centuries-long relationship with the imperialist nations through the process of economic exploitation of human and natural resources, fuelling the profitability of the dominant forces within the world system. Although there are subtle and profound variations manifesting this reality in the 55 designated countries making up the African Union (AU), the similarities across the continent far outweigh the differences.

This second instalment assessing events in the contemporary period can only be properly understood by placing the continuing crisis inside a historical context. Whilst these AU member states are all nominally independent with the exception of the Western Sahara still under Moroccan occupation, almost every policy consideration taken by governments throughout the various geo-political regions cannot be enacted without a calculated reasoning related to the response of international financial institutions and the developed capitalist regimes of the West.

Instability in North Africa: The cases of Egypt and Libya

The third largest-populated country of the AU is Egypt, which has been undergoing profound political upheaval since 2011. The resignation of former President Hosni Mubarak after mass protests commonly characterised as the “Arab Spring” created the conditions for the ascendancy of the current military leader turned President Abdel-Fattah al-Sisi in 2013.

An elected Muslim Brotherhood administration in 2012 under the banner of the Freedom and Justice Party (FJP) only lasted for one year when the military retook power claiming it had a popular mandate to “restore order” and return the nation to “secularism.” Thousands of FPJ supporters were either killed or arrested in the aftermath of the coup.

Ousted President Mohamed Morsi remains imprisoned and during December appeared in the same courtroom with Mubarak in a trial that is seeking to place culpability on the FJP leader for unrest, which struck Egypt in 2011-2012. Yet it was not the Muslim Brotherhood, which initiated the mass demonstrations against Mubarak in February 2011. Instead it was broad discontent emanating from the subordinate position of the economy to imperialism facilitated by the funding of the Egyptian military and security apparatus as an adjunct to the strategic interests of Washington related to the continued existence of the State of Israel and its role throughout North Africa and West Asia.

A bomb attack on a tourist bus in Cairo near the thousands years-old pyramids killed three people from Vietnam. The following day it was announced by the Egyptian authorities that 40 “militants” had been eliminated in an anti-terrorist operation by the military.

These incidents of targeted retaliatory violence aimed at weakening and then fortifying the Egyptian economy and political system may appear to be law-enforcement issues. However, the origins of the quagmire are to be found in the legacy of British and French colonialism spanning from the 18th to the 20th centuries. Other factors in the Egyptian crisis stem from the encroachment of Tel Aviv and its backing by Washington which controls both pro-western outposts through economic and military means.

An Egyptian-born prolific and renowned scholar Samir Amin passed away on 12 August 2018 in a Paris hospital at the age of 86. Amin, the co-founding executive secretary of the Council for the Development of Social Research in Africa in 1973 was one of the most prominent Marxist researchers in the field of what became known in the 1970s as dependency theory.

Amin noted that Africa could not gain sustainable independence without “delinking” from world imperialism. This analysis is applicable to other states throughout the northern region of the continent.

The imperative of Amin’s thesis can best be illustrated as well in neighbouring Libya where a Pentagon and North Atlantic Treaty Organisation (NATO) war of genocide was launched in early 2011 after being falsely labelled as a pro-democracy movement. Utilising counter-revolutionary rebels on the ground, the seven-month air campaign from March through October overthrew the Jamahiriya system under Col. Muammar Gaddafi, creating a vacuous situation, which remains through the conclusion of 2018.

Despite several attempts to remake the post-Gaddafi Libya in the image of imperialism, factional violence and on-going military interference from NATO states and its allies has left the country in perpetual disarray. Libya has gained a reputation in the last three years as a major hub for human trafficking where Africans are routinely abused and sold as cheap labour and sex slaves.

Almost hundreds if not thousands are being transported illegally on a daily basis across the Mediterranean Sea to southern Europe. Many are dying in and outside of rickety transport vessels while the debate over the level of migration has created the political basis for the rise of right-wing neo-fascist parties, which have gained significant support across the European continent.

Balkanisation in West Africa: The fracturing of Nigeria and Cameroon

President Muhammadu Buhari of the Federal Republic of Nigeria has declared his candidacy on behalf of the All Progressives Congress for re-election in 2019. When Buhari first came into office in 2015 he declared that the Boko Haram Islamist grouping would be defeated within six months.  Nonetheless, the violence in the northeast has continued throughout the tenure of his presidency. An anti-terrorism joint task force headquarters at Baga in Borno state was overrun by armed fighters in late December.

Even though Boko Haram has split into two identifiable factions where one is allied with the Islamic State of West Africa, the group’s capacity to use lethal force has remained a destabilising factor in the northeast, one of the most underdeveloped regions within this oil-rich African state, which has the largest population on the continent. The issue of internal security will be a major question raised by opposition parties seeking to defeat Buhari in the national elections.

The drastic decline in oil prices and the collapse of petroleum exports to the United States had a devastating impact on the national economy beginning in 2015. After the assumption of office by current President Donald Trump, relations between Abuja and Washington have improved where the resumption of the sales of military equipment to Nigeria has been done under the rationale of strengthening the country’s capacity to defeat Boko Haram.

What is often neglected on an international level is the repression against the Islamic Movement of Nigeria (IMN), a Shiite-based grouping. IMN leader Sheikh Ibrahim Zakzaky and his wife remain imprisoned in Nigeria despite a court order mandating their release. The IMN says that hundreds and perhaps thousands of its members have been killed and imprisoned by the Nigerian authorities. Demonstrations demanding the release of their leadership and followers are often met with gunfire and further arrests.

Nigeria is still largely dependent upon foreign exchange revenues generated through the sale of oil on the international market, which has shifted in recent years to Asian nations such as China and India. Through the production of oil and natural gas there has been a growth in the trade union movement, which is putting forward calls for the increase in minimum wage and better working conditions.

Unfortunately, Nigeria remains a capitalist state where the interests of workers, farmers and youth are not a priority for the national bourgeoisie. Women have made strides in the professional and business fields. Nevertheless, there is much to be desired in regard to creating a genuinely democratic society poised to take its rightful place in the efforts to transform Africa into an industrial power to be reckoned with internationally.

In neighbouring Cameroon, the former German, British and French colony, is not only plagued by the insurgency of Boko Haram. The unresolved issues between French and English speaking regions have become politicised to the point of armed insurrection.

An Anglophone guerrilla movement calling for the independence of Ambazonia, a carved out non-recognised nation in the southwest and northwest regions of the country (referred to as South Cameroon), has resulted in high profile attacks on civilians and the kidnapping of students. The re-election of long-time President Paul Biya has generated tensions since the urgency of a potential break-up of this oil-producing state is not being adequately addressed by the national leadership.

This type of divisions within Cameroon raises the spectre of even deeper Pentagon and NATO intervention under the rubric of anti-terrorism and the purported stabilisation of the West Africa region. The US Africa Command (AFRICOM) is heavily involved in West Africa conducting annual military exercises in conjunction with members of the Economic Community of West African States.

Legacies of colonialism must be overcome to foster regional development

West Africa is a strategic geo-political area vital to the world economic system due to its vast energy resources, agricultural potential and close proximity to the Atlantic Ocean. As in North Africa, the US, Britain and other European Union governments are seeking to enhance their military and economic presence throughout the region.

The dependency on the West for its determination of commodity prices and preferences related to trade with African states poses a major impediment to the actual sovereignty and unification of the continent. Until these challenges are tackled on a continental basis there can be no real security against threats emerging from both internal and external elements.

There is no historical basis for the reliance upon AFRICOM and NATO in regard to the supplying of military hardware, troops training and the stationing of western soldiers in Africa. Examples abound through the recent experiences of Libya, Ivory Coast, Egypt and Somalia, which refute any positive outcomes to imperialist militarism on the continent.

The creation of an All-African High Command of integrated national military forces and popular militias is the only solution to the crises of security, which is inextricably linked to people-centred development paradigms. For such an armed Pan-African military to come into existence the AU member states must break their dependency on capitalism and turn towards the resolving of internal contradictions which are a reflection of the on-going exploitation and oppression engendered by the post-colonial construct only benefiting the ruling classes in Washington, New York, Paris, London, Brussels and other imperialist outposts.