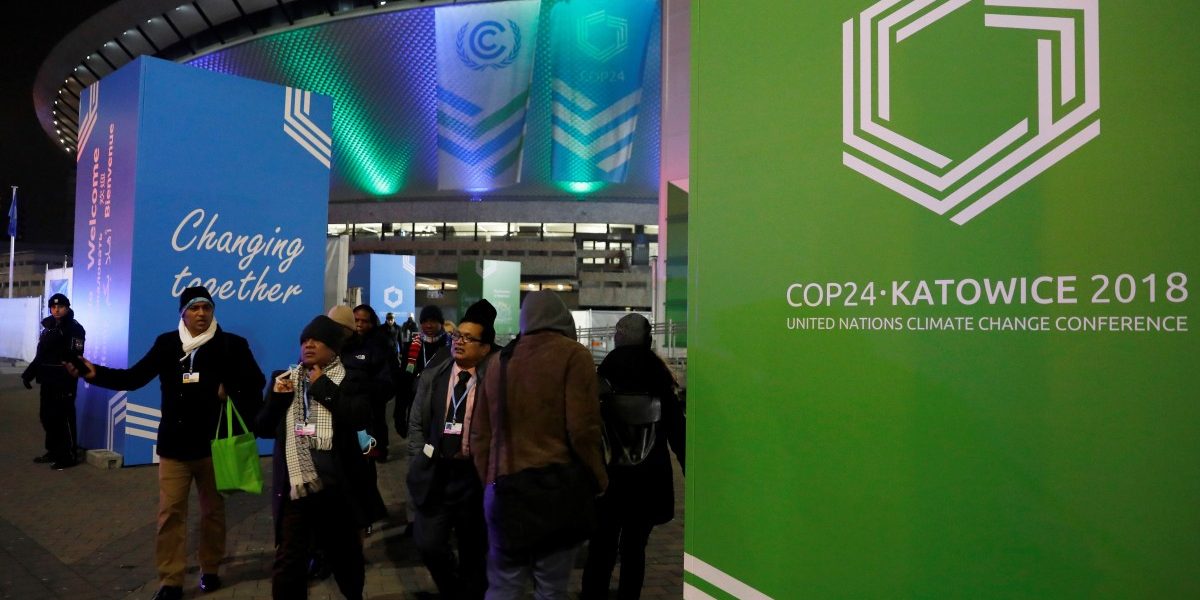 New Delhi: Who gets to decide how governments across the world will tackle climate change? Surprise surprise: it’s not the section of people who will be most affected by it.

Numerous studies have shown that women are disproportionately affected by climate-related changes. But at COP24 – like previous United Nations’ conferences on climate change – women aren’t the ones calling the shots. According to a report in Earther, the average delegation was 63% male and 37% female. This is similar to last year’s COP, when delegations on average also had 37% women.

In addition to studies by academics and NGOs from across the world, the UN and its arms have multiple reports on how women suffer more than their male counterparts due to climate change. This is from the UN Framework Convention on Climate Change’s (UNFCCC’s) website:

Women commonly face higher risks and greater burdens from the impacts of climate change in situations of poverty, and the majority of the world’s poor are women. Women’s unequal participation in decision-making processes and labour markets compound inequalities and often prevent women from fully contributing to climate-related planning, policy-making and implementation.

Yet, women can (and do) play a critical role in response to climate change due to their local knowledge of and leadership in e.g. sustainable resource management and/or leading sustainable practices at the household and community level.

Many of the health risks that are likely to be affected by ongoing climate change show gender differentials. Globally, natural disasters such as droughts, floods and storms kill more women than men, and tend to kill women at a younger age. These effects also interact with the nature of the event and social status. The gender-gap effects on life expectancy tend to be greater in more severe disasters, and in places where the socioeconomic status of women is particularly low. Other climate-sensitive health impacts, such as undernutrition and malaria, also show important gender differences.

According to research by the Women’s Environment & Development Organisation (WEDO) quoted by Earther, women’s participation in global climate talks has been improving, but slowly. By their calculations, at this rate it will take till 2040 for the dialogues to be more equal. Men will continue to make decisions that affect women more until then.

The UN know that this is a problem and is looking for a way out of it. In a ‘Gender Action Plan’, the UNFCCC talks about how it wants to “achieve and sustain the full, equal and meaningful participation of women in the UNFCCC process”.

Just having women in the discussion isn’t enough, however. “Even when we bring women into positions of power, they end up in discussions that are less powerful,” the head of WEDO, Bridget Burns, told Earther. Like in other field, topics considered ‘softer’ – education, adaptation and gender – are assigned to women, while the more ‘hardcore’ issues like finance, technology and emission reductions continue to be male-only zones.

There is one team at COP24 that is standing out, Earther reported. Kyrgyzstan has sent an all-women seven-member delegation to the dialogue. However, according to Earther, lead delegate Aizada Barieva said that the representation of women shouldn’t be the main concern. “What matters is that real specialists are involved.”

While the needs for specialists is inarguable, what worries those who criticise the male-dominated make up of the dialogues is that it will skew priorities (in addition to reinforcing patriarchal notions of who gets to make important decision). An Oxfam report from 2009 talks about how market-centric approached to climate policy may actually make matters worse if they don’t consider the social roles assigned to men and women. And by having no women present, it will become much easier for those making the decision to ignore their concerns.