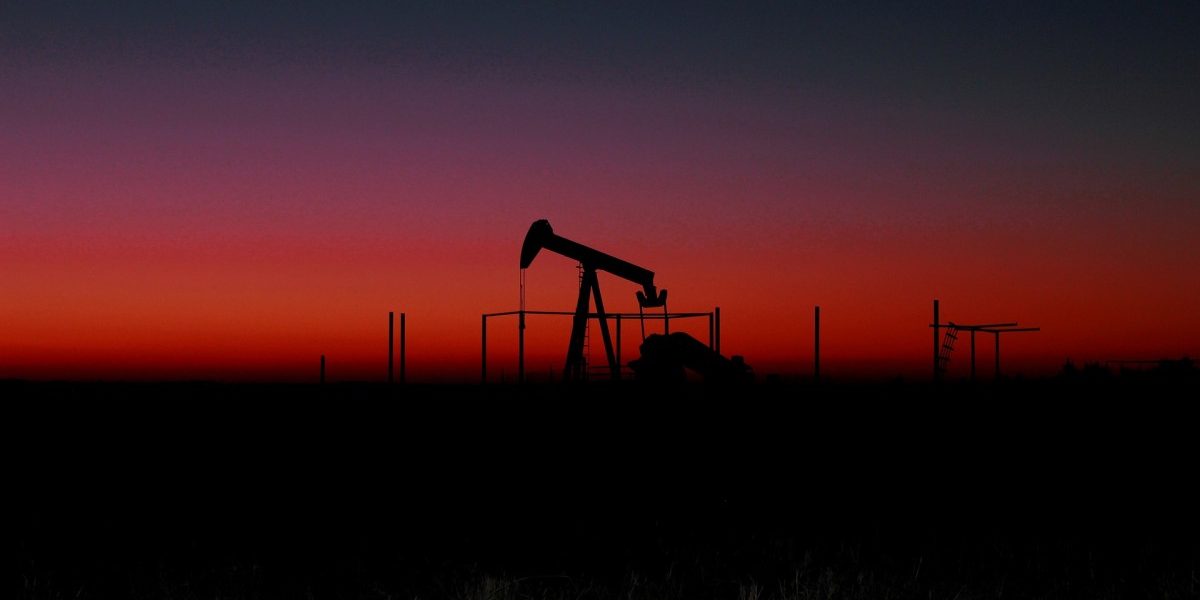 The following interview is the first in a new series that will address salient issues in the impacts and politics of climate change.

Avoiding the catastrophic effects of climate change requires a rapid move away from fossil fuels and lower emissions of carbon dioxide and other greenhouse gases. On behalf of The Wire, Nagraj Adve interviewed Simon Pirani, senior visiting research fellow, Oxford Institute for Energy Studies, to understand different aspects of this energy transition. He is also the author of Burning Up: A Global History of Fossil Fuel Consumption (2018).

The questions are in bold. The interview has been lightly edited for clarity.

In your understanding, the use of coal, oil and gas, particularly since 1950, has structural roots in technological systems, and underlying those, social and economic systems. Can you elaborate on this and what it implies for greenhouse gas emissions? 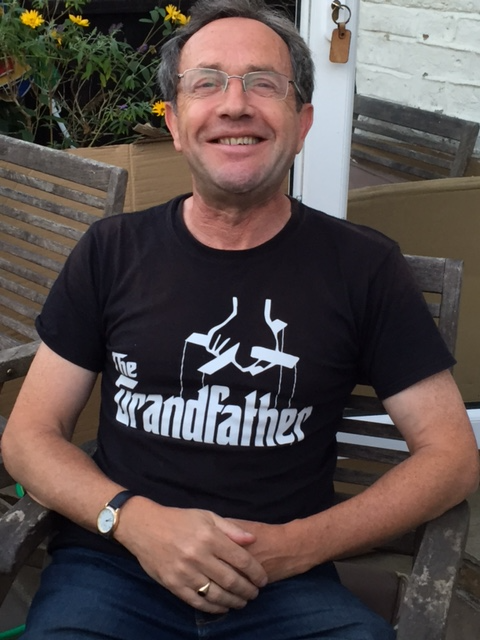 A good example of a technological system is an urban transport system. Usually, these are centred on cars, which are fuel-intensive to build and even more to use. Priority is given to cars and the roads they use. Other modes of transport – public buses, rail, bicycles – and pedestrians take second place.

How have these technological systems evolved in such illogical, unpleasant and fuel-inefficient ways? The answer is to be found in social and economic systems. Car-based cities were first built in the US in the early 20th century. Politically powerful car manufacturers lobbied against rail and public transit systems, and resisted regulators’ attempts to compel them to make cars more fuel-efficient.

By the late 20th century, the US not only had more cars per person than any other country, but thanks to its economic dominance, had helped spread this system to other rich countries, and was starting to spread it to developing nations as well.

There’s another way. Cities such as Amsterdam have been designed to put cars in second place. Why shouldn’t all cities be like that?

To cut fossil fuel consumption, we need to look beyond the individual consumer at the end of the technological systems, and think more about the systems through which they consume. Transport is just one such technological system. Other significant ones are electricity production, heating and lighting for buildings, industries and industrial agriculture. In each case, engineers identified huge inefficiencies long ago in the way they use fuels. Why are these inefficiencies not addressed? For reasons to do with the way society works.

Of course, there are plenty of rich world consumers who could slash their personal consumption tomorrow with no great hardship. But the first focus of our attention must be the technological, social and economic systems through which most fuels are consumed. I can’t envisage a transition away from fossil fuels without changing all these systems.

You argue that the ongoing transition away from fossil fuels worldwide has only taken its “first steps”. What would a more comprehensive transition imply?

For a start, integrated technologies made possible by the computer revolution of the last 30 years can be used to reduce electricity demand. They can also be used to integrate electricity supply systems with systems to supply heat and other forms of energy. We now have computer systems that can balance electricity supplies – i.e., make sure the electricity is where it is needed, when it is needed – and that can use multiple small-scale sources of supply, such as many wind turbines or solar panels. Storing electricity is still a headache for engineers, and dealing with intermittency (due to the fact that the wind doesn’t always blow and the Sun doesn’t always shine) is tricky. But they’re working on it.

Private corporations that now dominate the electricity sector in many countries obstruct this type of change. For them, electricity is a marketable commodity. They make money by selling as much of it as possible. But what is needed is electricity as a service. Changing electricity systems is therefore not just a technological problem but a social and economic problem, of breaking the power of big energy corporations.

And electricity generation is only one use of fossil fuels. In other areas of the economy, even less effort has been made to move away from fossil fuels.

False hopes are raised. Electric cars is a good example. While an electric car engine is more energy-efficient than an internal combustion engine, there is no evidence that it is more carbon-efficient if the electricity is produced from fossil fuels. Electric car enthusiasts always respond, “It will be okay if the electricity is produced from renewables”. But that is a huge ‘if’. We can reduce greenhouse gas emissions faster by transforming urban transport systems.

Governments are currently meeting in Katowice, Poland, for the 24th Conference of the Parties, a process you’ve called a “collective failure”. Why? And how would you respond to the argument that, under the Paris Agreement, governments can up their commitments every five years?

When the world’s governments signed the 1992 Rio convention, they recognised that fossil fuel use had to be cut. In the quarter of a century since, global annual fossil fuel use has risen by more than 60%. What is that if not a collective failure?

The talks were always focused on using market mechanisms to reduce greenhouse gas emissions, despite the catastrophic failure of the emission trading schemes. The other constant in the talks, as insisted by the US, was that there would be no binding targets that nations would’ve to meet.

The 2015 Paris Agreement on the one hand gave civil society some important levers to work with – particularly the reference to the importance of keeping global average temperatures to 1.5º C above pre-industrial levels. On the other hand, the agreement finally abandoned efforts to adopt binding targets. Moreover, the voluntary targets tabled are estimated to be associated with an average temperature rise of about 2.7º C even if they are met.

Obviously, it would be welcome if more nations adopt and improve on their voluntary targets. But we should not live in a world of false hopes. The talks have failed because they have effectively limited action to the adoption of market mechanisms. They have left the industrial and financial elites that control the world’s economies untouched. Thus, they’ve made, and continue to make, decisions that have ensured huge increases in fossil fuel use.

They have cloaked the endless failures of governments to regulate fossil fuel use more effectively in diplomatic discourse, and the continuing flow of hundreds of billions of dollars per year in subsidies to fossil fuel production and consumption.

Where do you then see the way forward? What are the social forces that can effect change or pressurise governments to act with greater urgency?

Some social forces are making their voices heard pretty loudly. Look at the thousands of Australian school students who went on strike last month, demanding government action on global warming. We will see much more of these sorts of protests in future.

Someone who is 18 years old today will realise that nine of the ten hottest years ever recorded were in their lifetime, and the tenth, 1998, was just a few years before they were born. Young people aren’t easily fooled.

We’re also seeing campaigns against unconventional fossil fuel extraction. Oil and gas companies have increasingly moved to them – e.g. fracking and oil recovery from Canadian tar sands – as the resource base has changed. Social movements make a difference. If a type of energy supply loses what companies call their “social licence to operate” – as nuclear energy has in many countries – it becomes unsustainable.

I don’t want to suggest that it’s easy to turn the broad concern that the vast majority of people feel about the threat of dangerous global warming into effective action. This isn’t about one government policy that can be altered by campaigning pressure. That is why we need to look at the technological, social and economic systems that consume fossil fuels, and think about how all these can be changed. These are big problems we have to face collectively. 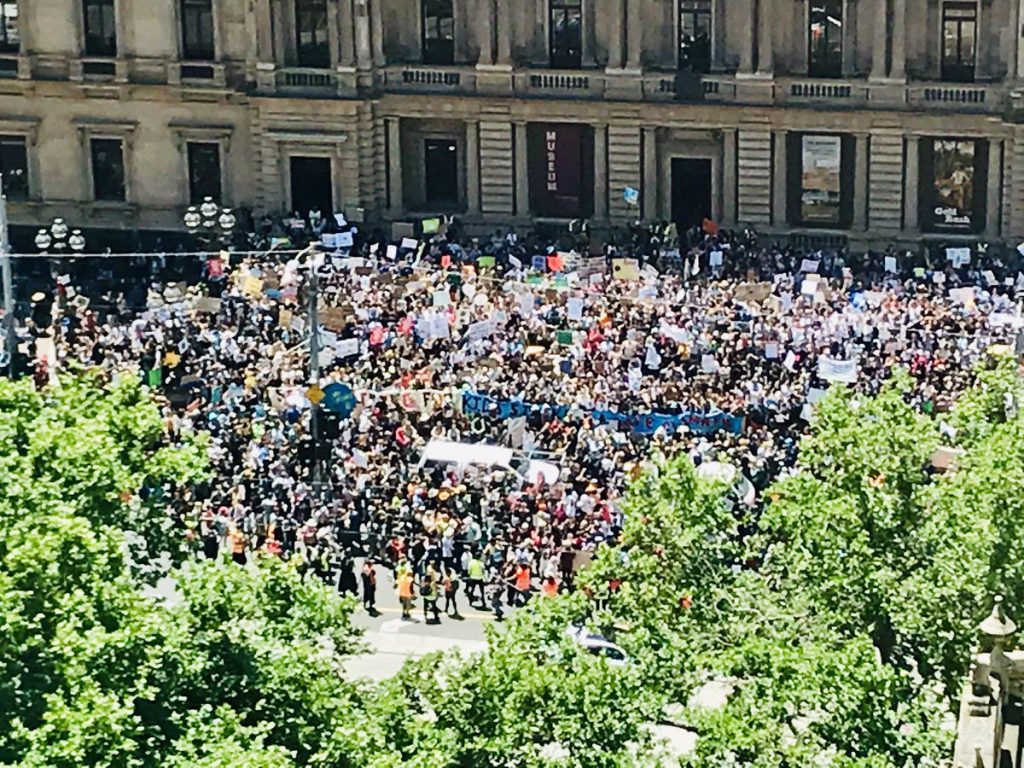 China is the world’s largest emitter and key to current emissions. What does your analysis of China’s energy trends since the late 1990s tell you about how those might play out in the near future?

China’s decision in the 1990s to become the “workshop of the world” was essentially a decision to produce energy-intensive raw materials. These include  steel, aluminium and cement in vast quantities, and export them – or products made with them – to rich countries. It led to a huge rise in China’s fossil-fuel use.

The corresponding fall in rich countries’ fuel use led many of them to claim that their economies were “decarbonising”. But in fact they had merely shifted their energy-intensive processes to China and other developing nations.

As for the future, China’s decision to invest heavily in renewables is welcome. But if it intends to take action on global warming, a bigger change in the way that its economy works will be needed.

What specific choices and/or mistakes has the West, and in particular the US, made that India ought not to repeat as we continue on our development trajectory?

As a historian and researcher of fossil fuels, I don’t feel qualified to make big statements about India’s developmental trajectory. It’s for the Indian people to decide. About the systems that consume fossil fuels in India, I have learned a great deal from Sunila Kale, whose work shows that different states have been electrified differently, according to the social forces at work.

For example, the strong farmers’ lobby in Maharashtra led to (limited) electrification in the countryside to meet their irrigation needs for growing cash crops. In Odisha, private companies have been brought in but have limited their activities to cities, where they can make money by selling electricity, and doing little to nothing to address rural electrification.

Society is divided by class, and this is reflected in its energy systems. The transition away from fossil fuels cannot be separate from progress towards social justice.

In This Changes Everything, Naomi Klein has said that climate change can be a catalyst for positive change in many ways: rebuilding local economies, reclaiming public services like health and water, etc. Your thoughts?

Klein makes the essential connection between systems of wealth and power and the technological systems that make up the fossil-fuel-powered economy. And I completely agree with her that the transition away from fossil fuels must be thought about together with fighting for public services, against privatisation and against the commodification of these services, and developing new, better kinds of energy systems, transport systems, urban environments, etc.

What would you say to young people who ask, “What can we do?”, but may find systemic change too challenging or abstract? What can give them hope?

Working to change systems is far more convincing than individual action. For example, if you can fit a solar water heater at home, great. But even better is to campaign for integrated energy systems that encourage solar and wind power generators to be installed city-wide. If you decide to ride a bicycle instead of driving a car, great. But even better is to find out why the city you live in is built in such a car-friendly, cycle-unfriendly way, and do something about that.

Don’t let the government tell you it is fixing the climate problem. None of the governments are. Society has to take this issue into its own hands, which means taking it away from government. That’s a necessary starting point. Make energy and climate issues a collective problem for all of us.

Nagraj Adve works and writes on issues related to global warming. His booklet, Global Warming in the Indian Context: An Introductory Overview, has been translated into Hindi, Kannada and Tamil.