[Editors’ Note: Journal of People posts this article by Mao Tse-tung in remembrance of his birth anniversary on 26th of December, 2018.]

[Comrade Mao Tse-tung made this report to a cadres’ meeting in Yenan. The report and the two articles, “Rectify the Party’s Style of Work” and “Oppose Stereotyped Party Writing”, are Comrade Mao Tse-tung’s basic works on the rectification movement. In these he summed up, on the ideological plane, past differences in the Party over the Party line and analysed the petty-bourgeois ideology and style which, masquerading as Marxism-Leninism, were prevalent in the Party, and which chiefly manifested themselves in subjectivist and sectarian tendencies, their form of expression being stereotyped Party writing. Comrade Mao Tse-tung called for a Party-wide movement of Marxist-Leninist education to rectify style of work in accordance with the ideological principles of Marxism-Leninism. His call very quickly led to a great debate between proletarian and petty-bourgeois ideology inside and outside the Party. This consolidated the position of proletarian ideology inside and outside the Party, enabled the broad ranks of cadres to take a great step forward ideologically and the Party to achieve unprecedented unity.]

I propose that we should reform the method and the system of study throughout the Party. The reasons are as follows: END_OF_DOCUMENT_TOKEN_TO_BE_REPLACED 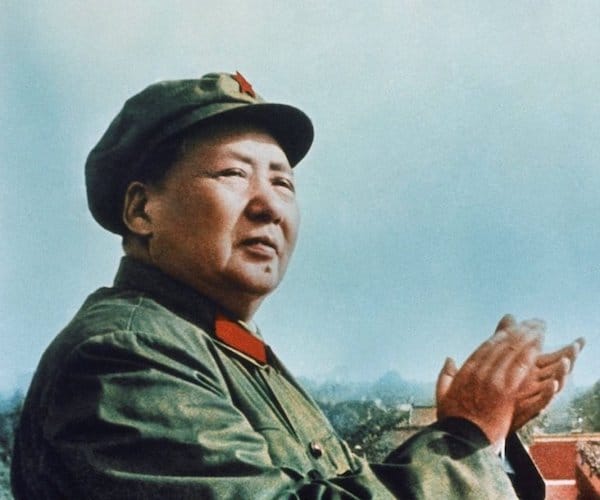 Reiterating Mao’s teachings is one of the essentials in the area of political education as a new generation is joining people’s struggle.

The class struggle question is one of the areas to learn from Mao Tse-tung [also spelled Mao Zedong] [b. December 26, 1893] as now-a-days confusion dominates political position of a group of “progressives” and “anti-imperialists” engaged with mongering “rights” of sects and sub-sects but “forgetting” rights of the entire working people. An amazing group in a conflict-laden reality! So, Mao’s theoretical formulations on the issue of class struggle demand renewed attention. END_OF_DOCUMENT_TOKEN_TO_BE_REPLACED 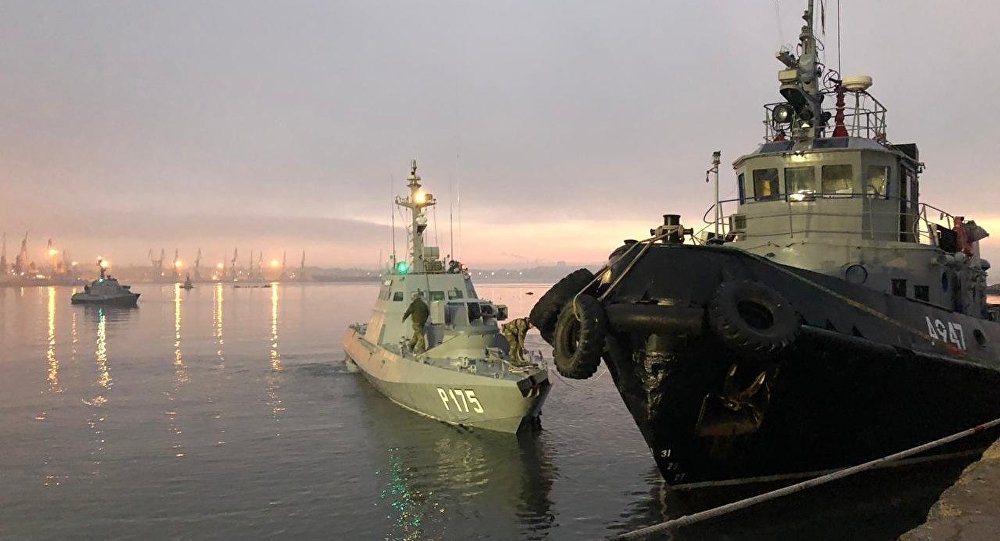 The latest Sea of Azov provocations in Crimea and the constant rumble of war preparations by the Ukrainians, obviously backed and most likely egged on by NATO, indicate Washington and its vassals are not yet ready to give up their dangerous harassment of Russia.

Calls by Canada’s National Defence Committee for increased “sanctions” that is, economic warfare, against Russia, and for an increased NATO presence in the Black Sea, directly threatening Russia’s southern flank and its Crimea territory, used the term “revisionist power” to describe Russia. This term has also been used by American and NATO diplomats and generals concerning China. It is a term that is never defined. To Marxists it rings of not being true to the cause of revolution, and that is, until recently, its most common usage. Lately it has been used to label anyone who questions official or standard narratives of history with the sense of condemnation for “revisiting” the facts and constructing an alternative narrative that more closely fits the facts. If you claim the attacks on Yugoslavia, or Afghanistan, Iraq, Libya or Syria were acts of aggression instead of” humanitarian interventions”, you are now labelled a “revisionist.” If you deny Russia influenced the elections in the USA or Europe or deny their new allegations of Russia taking over social media, or [claim] that Ukrainian ships violated Russian waters in the Kerch Strait, you are a “revisionist.” In other words it is a term of censorship. So the adoption of the word by the NATO war machine in its propaganda against Russia and China, as a strategic concept, is puzzling. Are the Russians and Chinese betraying a revolution? Are they rewriting history? Since it is almost never defined in the articles or essays pumped out by all the propaganda organs of NATO the public is left guessing as to what it can mean-but one thing they are sure of, it must be bad. END_OF_DOCUMENT_TOKEN_TO_BE_REPLACED

BARACK OBAMA: Sometimes you go to Wall Street, and folks will be grumbling about, ‘Anti-business…’ And I say, ‘Have you checked where your stocks were when I came in office, and where they are now?’ What? What are you talking, what are you complaining about? Just say thank you, please.

END_OF_DOCUMENT_TOKEN_TO_BE_REPLACED 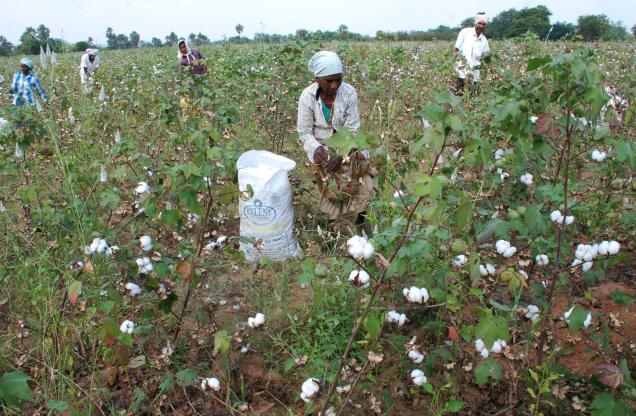 The dubious performance (failure) of genetically engineered Bt cotton, officially India’s only GM crop, should serve as a warning as the push within the country to adopt GM across a wide range of food crops continues. This article provides an outline of some key reports and papers that have appeared in the last few years on Bt cotton in India. END_OF_DOCUMENT_TOKEN_TO_BE_REPLACED 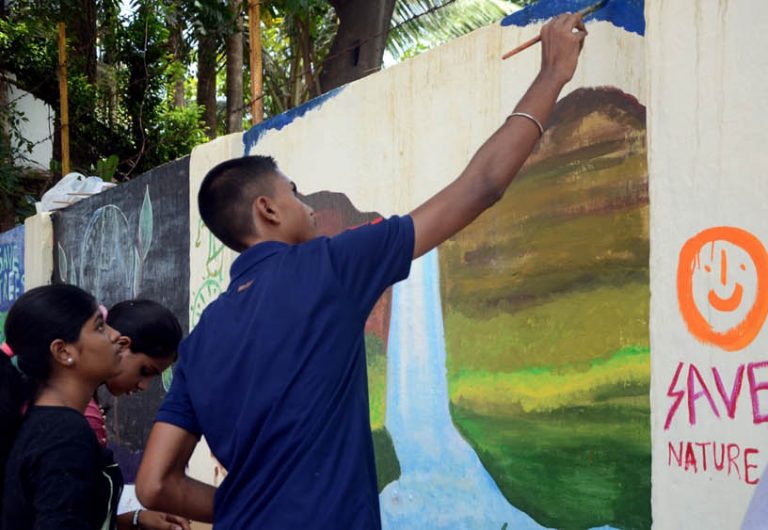 Mumbai: Children paint on walls on World Environment Day in Mumbai on June 5, 2017.

New Delhi: India can save three times its gross domestic product (GDP) and help the world save a million lives a year if it scales up its climate actions to help the global community limit global average temperature rise to 1.5 degrees Celsius (oC), said a World Health Organization (WHO) study released on December 5, 2018. This is a more ambitious target than the 2oC agreed under the Paris Agreement in 2015. END_OF_DOCUMENT_TOKEN_TO_BE_REPLACED 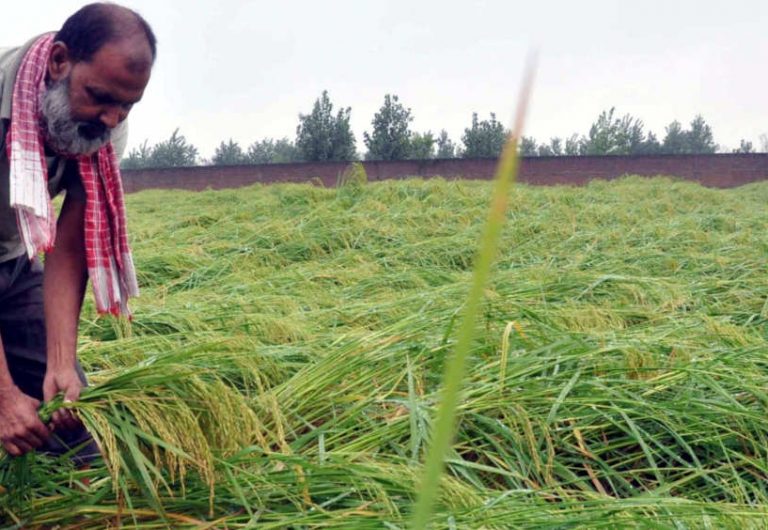 Faridabad: A farmer inspects his crops after rains left them damaged.

Mumbai: Of the top 10 carbon polluters in the world, India and Canada are the only two nations making clear progress with measures to deal with climate change, a new analysis has concluded. But India’s efforts will still not be enough to limit global warming, worsening India’s ongoing farm crisis and deepening its income inequalities. END_OF_DOCUMENT_TOKEN_TO_BE_REPLACED 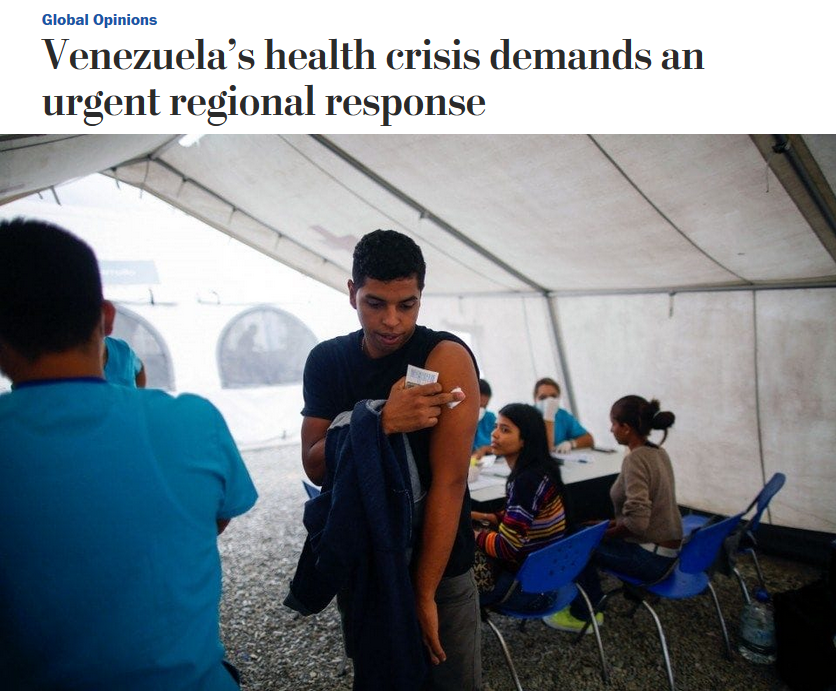 Tamara Taraciuk Broner of Human Rights Watch (HRW) and Johns Hopkins professor Kathleen Page took to the pages of the Washington Post (11/26/18) to whitewash Donald Trump’s successful efforts to make Venezuela’s economic crisis much worse.  Appropriately enough, at the end of the piece, the Post recommended four other articles (11/23/18, 9/11/18, 6/20/18, 8/21/18) that either attacked Venezuela’s government or stayed conspicuously silent about the impact of US economic sanctions. END_OF_DOCUMENT_TOKEN_TO_BE_REPLACED 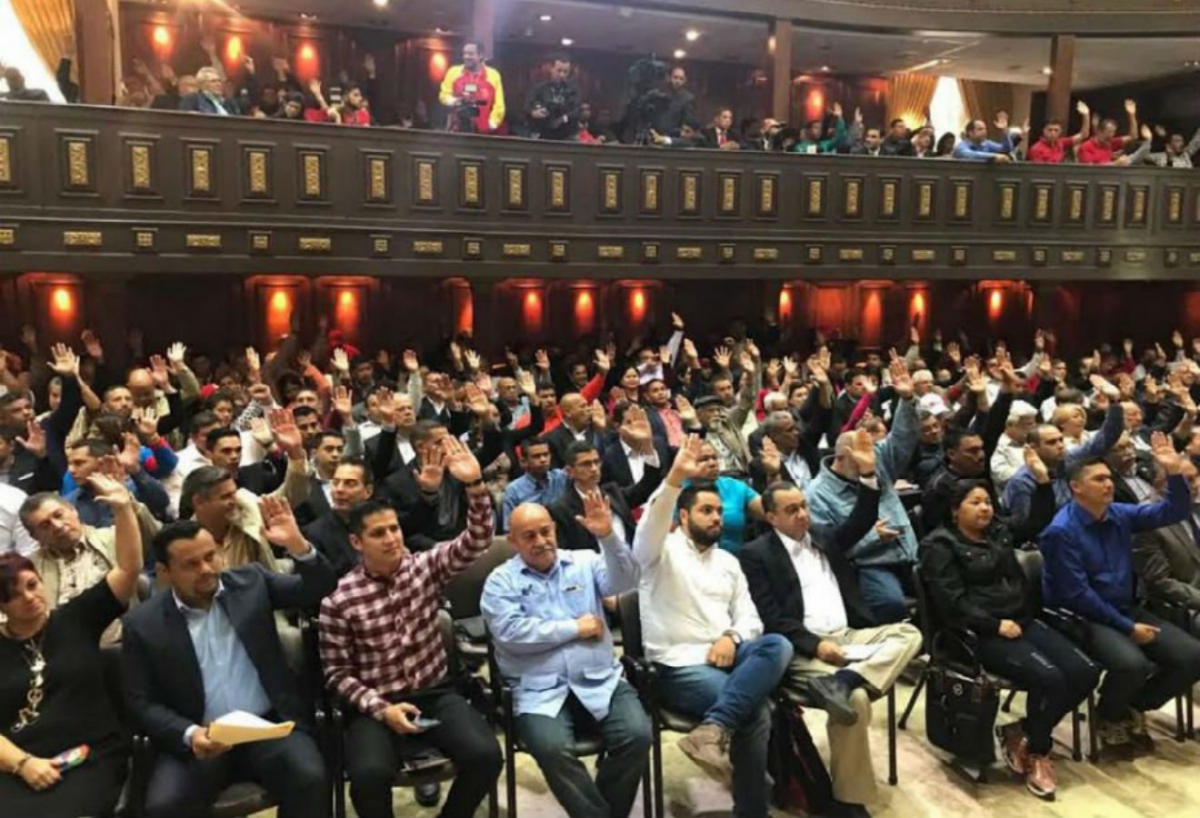 Members of the ANC approved the new budget for 2019. (@NicolasMaduro / Twitter)

Merida, December 19, 2018 (venezuelanalysis.com) –Ex-guerrilla fighter and high-ranking member of the ruling United Socialist Party (PSUV) Julio Escalona made waves Tuesday with a scathing speech calling for reflection and a “revitalisation” of the National Constituent Assembly (ANC) to which he also belongs, drawing attention to a series of failings in the institution.

The speech sparked an intense debate on social media, with many crediting him for bringing up these issues affecting the Venezuelan people.