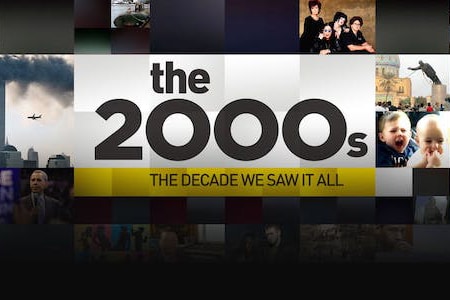 The following is a transcript of a talk delivered by Monthly Review editor John Bellamy Foster for the Econvergence Conference held in Portland, Oregon on October 2, 2009. The talk was later aired on Alternative Radio (program #FOSJ001). A video recording of the talk can be viewed here. As readers will notice, the arguments presented by Foster have stood up well to the test of time. END_OF_DOCUMENT_TOKEN_TO_BE_REPLACED 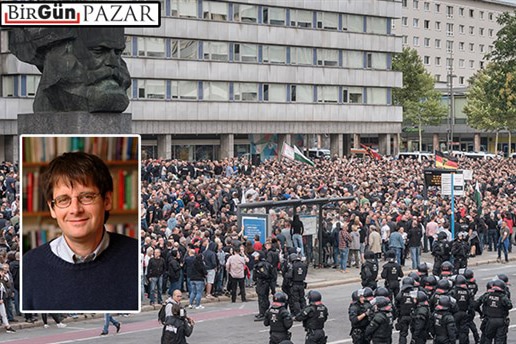 This interview is published in conjunction with BirGün Daily. See here for the version in Turkish.

BirGün: We are in the 10th year of the crisis that started from the USA. How do you summarize the consequences of the crisis after ten years?

John Bellamy Foster: The Great Financial Crisis (or Global Financial Crisis) that began in the United States in 2007 and then spread to the global economy after the collapse of Lehman Brothers in September 2008 was obviously a turning point for the capitalist world economy. The deepening of economic stagnation tendencies and the financialization of the economy as a structural response to stagnation, had been going on for decades in the United States and in the other advanced capitalist economies—as famously described by Harry Magdoff and Paul M. Sweezy in Stagnation and the Financial Explosion in the mid-1980s. But it was not until the 2008 crisis that the full dimensions and consequences of this were fully apparent. This is a problem that I addressed in two books, The Great Financial Crisis (2009), written with Fred Magdoff, and The Endless Crisis (2012), coauthored with Robert W. McChesney. The contradictions of accumulation under monopoly-finance capital that were described at that time—growing monopolization, economic stagnation, and the financialization of the world economy—have continued to develop over the last decade. END_OF_DOCUMENT_TOKEN_TO_BE_REPLACED 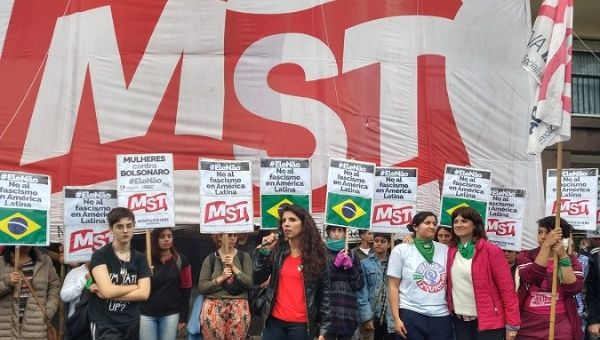 Members of the Landless Workers’ Movement (MST) during a protest. | Photo: EFE

A Landless Workers’ Movement (MST) camp was burned down by a group of president-elect Jair Bolsonaro supporters in the state of Mato Grosso do Sul, southern Brazil.

END_OF_DOCUMENT_TOKEN_TO_BE_REPLACED 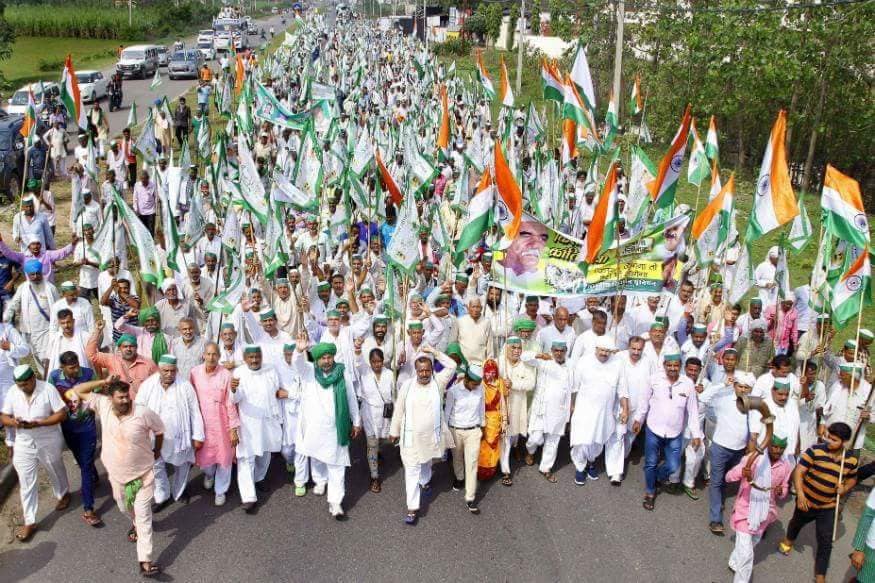 With over 800 million people, rural India is arguably the most interesting and complex place on the planet. And yet it is also one of the most neglected in terms of both investment and media coverage. Veteran journalist and founder of the People’s Archive of Rural India P. Sainath argues that the majority of Indians do not count to the nation’s media, which renders up to 75 percent of the population ‘extinct’. END_OF_DOCUMENT_TOKEN_TO_BE_REPLACED 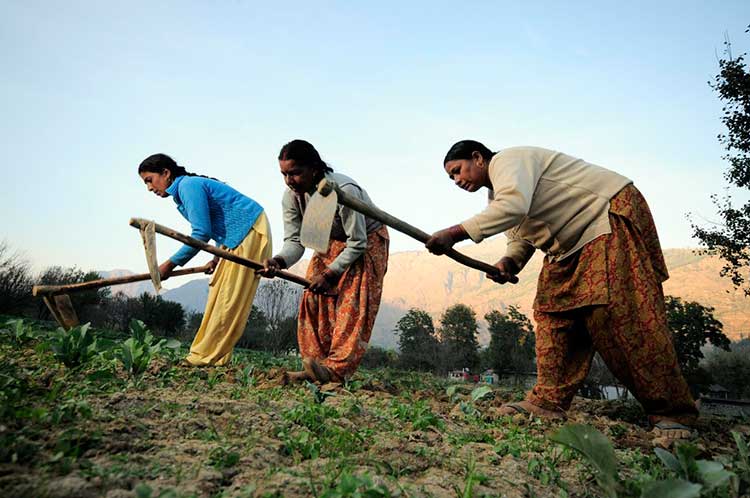 Land Reforms are a forgotten subjects for the political parties and the policy makers. It is ironical that the ‘biggest’ democracy of the world does not give the issue of land reforms a priority. Even the political parties have paid merely lip services. The social movements that we have seen during the past few years were actually against the transnational corporations land grabbing but remained silent on the grabbing by the caste elite in rural areas which grew on the encroachment of the land belonging to the marginalised sections of society especially the Dalits and Adivasis. END_OF_DOCUMENT_TOKEN_TO_BE_REPLACED

The centrality of tea garden workers of Assam in writing its history, finds its corollary in their total absence in the current discourse in political activism or the academia. Labour invisiblized is not mere metaphor. Over 8 lakh current and around 40 lakh ex-tea garden workers in the over 875 big plantations, and many more in the over 2,73,000 small tea gardens, work a daily grind in ever worsening conditions away from the spotlights animating social discourse in the region. Only when a Laxmi Orang is stripped and thrashed in the heart of Dispur, or a Bogidhola erupts in anger or 21 die in a month in a Doyang tea estate, does the question of the situation and lives of this most exploited sector of tea workers even come up as a social question (and even then it remains in the sidelines). END_OF_DOCUMENT_TOKEN_TO_BE_REPLACED

On a late-October morning two years ago, Robin Steinberg stood barefoot in her apartment, on the Upper West Side, preparing to uproot her life. Her suitcases were stacked by the door, her winter coats piled in the hallway. Steinberg, a fifty-nine-year-old native New Yorker, had decided to move to Tulsa, Oklahoma, to launch a legal startup. She laced up her sneakers and said goodbye to the bedrooms of her grown children, which she called “the shrines.” As she dragged her bags to her car, she told her doorman that she was going to cry. “I’m not good with change,” she said. He told her not to worry, and blew her a farewell kiss. END_OF_DOCUMENT_TOKEN_TO_BE_REPLACED

Lamenting Lenin is a regular ritual of a section of scholars donning, on occasions, a red apron. These scholars, a few of them pose as an ardent disciple of Marx, accuse Lenin of practising autocracy as they point to measures the Soviet Power had to take during its early days.

The condemnation-business is transcontinental, beginning from Russia to US to India. And, Lenin-lamenting is more than a century years-old business. This has been geared up in recent time. END_OF_DOCUMENT_TOKEN_TO_BE_REPLACED

Frontier started its journey with Samar Sen as its founder-editor, in April, 1968; but this essay is not a customary remembrance of that event. Samar Sen was already well known in our intellectual world. This essay however, is to draw the readers’ attention to a mutually unrelated, but a very curious coincidence.

If we recall, the year 1968 was witness to a number of historical events, social and political, having far-reaching consequences across the globe. In the very beginning of that year North Vietnam launched the ‘Tet Offensive’ against South Vietnam and the United States. It has been regarded as the onset of the end of American involvement in Vietnam war. In the same month, i. e. in January, North Korea captured the American surveillance ship and refused to free the crewmen, until the United States acknowledged that it was a spying ship and promised not to spy in the future. The year 1968 was indeed a year of nightmare for the US. END_OF_DOCUMENT_TOKEN_TO_BE_REPLACED