Dozens of cereals, oatmeals and snack bars contain trace amounts of a weed killer that has been linked to cancer, a new report says.

Released by the Environmental Working Group (EWG), the report found 26 of 28 oat-based cereal products that were tested had ‘harmful’ levels of glyphosate, the main ingredient of Roundup.

The weed killer was recently at the center of a trial in which a California jury found Roundup was responsible for giving groundskeeper Dewayne Johnson, 46, terminal cancer.

None of the products in the new report had levels above what is allowed by the Environmental Protection Agency (EPA), but the EWG argues that customers should be concerned that any levels are being detected in products consumed by children everyday. 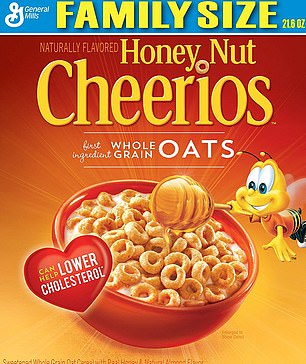 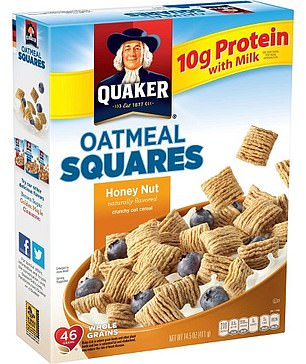 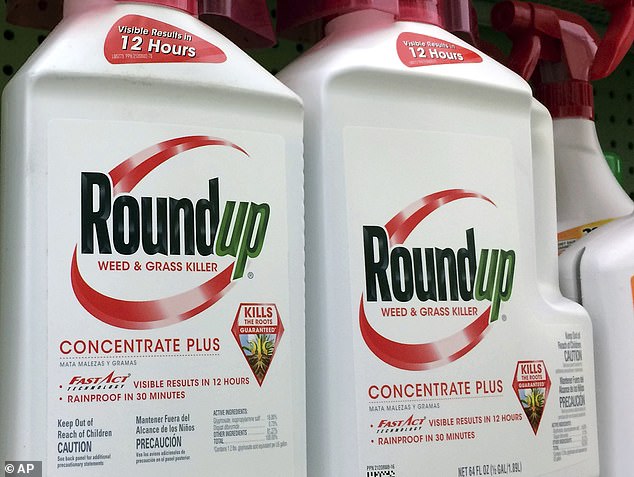 The report from the Environmental Working Group found 26 of 28 oat-based cereal products that were tested had levels of glyphosate, the main ingredient of Roundup (pictured)

In August, the EWG conducted its first study, which found the presence of glyphosate in 45 samples of breakfast cereals from producers Quakers, Kellogg’s, and General Mills.

On the heels of this study, the group wanted to dive further and test specifically Quaker Oats and Cheerios products, because high levels of glyphoste were found in the first study and they are two of the most popular cereal brands.

Results of the samples showed glyphosate was detectable in all 28 products, and levels considered unsafe were found in 26.

The EPA caps glyphosate tolerance at 5.0 parts per million (ppm).

But the EWG’s health benchmark is much more conservative and says any level greater than 160 parts per billion (ppb) is not safe.

That number is nearly 18 times greater than EWG’s benchmark.

However, government agencies, manufacturers and advocacy groups seem to be conflicted about what is – and is not – considered safe.

Following the results of the EWG’s report, both General Mills and Quaker released statements insisting their products are safe.

‘[The] EWG report artificially creates a “safe level” for glyphosate that is detached from those that have been established by responsible regulatory bodies in an effort to grab headlines,’ a statement from Quaker, sent to Daily Mail Online, read in part.

‘We believe EWG’s approach is invalid, and we stand behind our statement that the Quaker products tested by EWG are safe.’

General Mills, the makers of Cheerios, also cited the group’s benchmark, telling CNN: ‘The extremely low levels of pesticide residue cited in recent news reports is a tiny fraction of the amount the government allows.’

The EPA itself released a statement saying the report should not leave consumers concerned.

But Dr Alexis Temkin, a toxicologist at the EWG who worked on the report, says the results are disconcerting.

‘Just because something is legal doesn’t mean it’s safe or that it provides that extra level of protection for children,’ she told Daily Mail Online.

She mentioned that the EPA increased the amounts of glyphosate residue allowed on oats from 20 ppm in 1997 to 30 ppm in 2008.

‘The EPA likely saw it was increasingly being used as a pre-harvest dessicant (the application of a herbicide crops shortly before harvest) and increased the limit to allow it to be legal,’ Dr Temkin said. 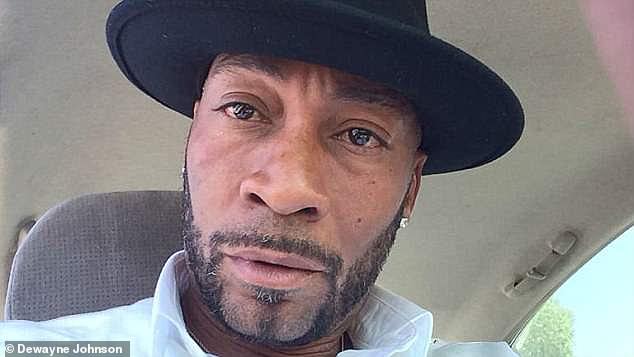 In August, a California jury ordered Monsanto to pay $289million to groundsman Dewayne Johnson, 46 (pictured), who claimed the weed killer is responsible for giving him cancer 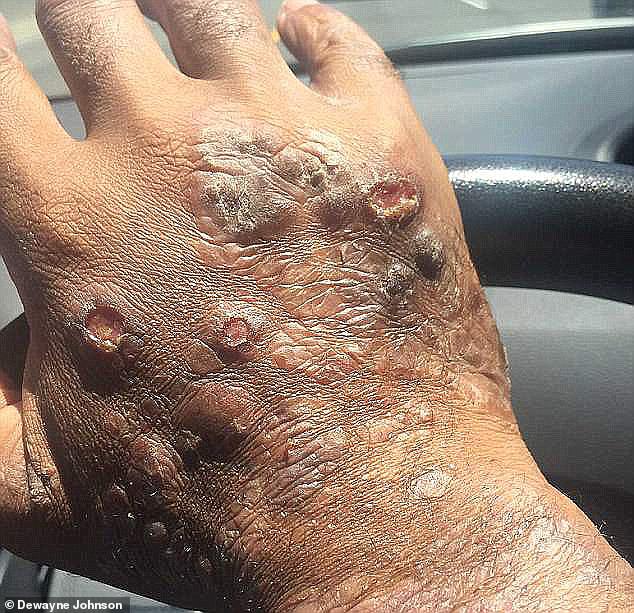 None of the products tested had levels above what is allowed by the Environmental Protection Agency. Pictured: Johnson’s hand covered in lesions

Fan Bingbing ordered to pay $130 million in taxes and fines

2014: Stephen Baldwin promises to pay taxes in the…

Glyphosate-based products are sold in more than 160 countries, and farmers use it on 250 types of crops in California alone, which is the leading farming state in the US.

In March 2015, the World Health Organization found that that the herbicide is ‘probably carcinogenic to humans’.

Then, in 2017, California named glyphosate an ingredient that causes cancer under the state’s Proposition 65, which requires Roundup to carry a warning label if sold in California.

Roundup’s maker, Monsanto, says glyphosate is safe and that its product has undergone stringent testing.

However, in August, a California jury ordered the company to pay $289 million to a groundsman who claimed the weed killer is responsible for giving him cancer.

A judge upheld the verdict on Monday but reduced Monsanto’s payout to Dewayne Johnson to $78million.

‘The report shows that breakfast cereals are not a place for pesticides linked to cancer,’ said Dr Temkin.

‘What we show here is that there are detectable levels in common foods that children exposed to every day. Over a long period of time, that can be dangerous.’