Strikers march to Glasgow Council’s city chambers for a mass rally during a 48 hour strike by 8,000 GMB and Unison members over an equal pay claim

SCOTLAND’S largest city was brought to a standstill today as women workers made history in the largest ever strike over equal pay.

Care workers, cleaners and school dinner ladies were among 8,000 women council employees and contractors staging a two-day walkout in Glasgow. 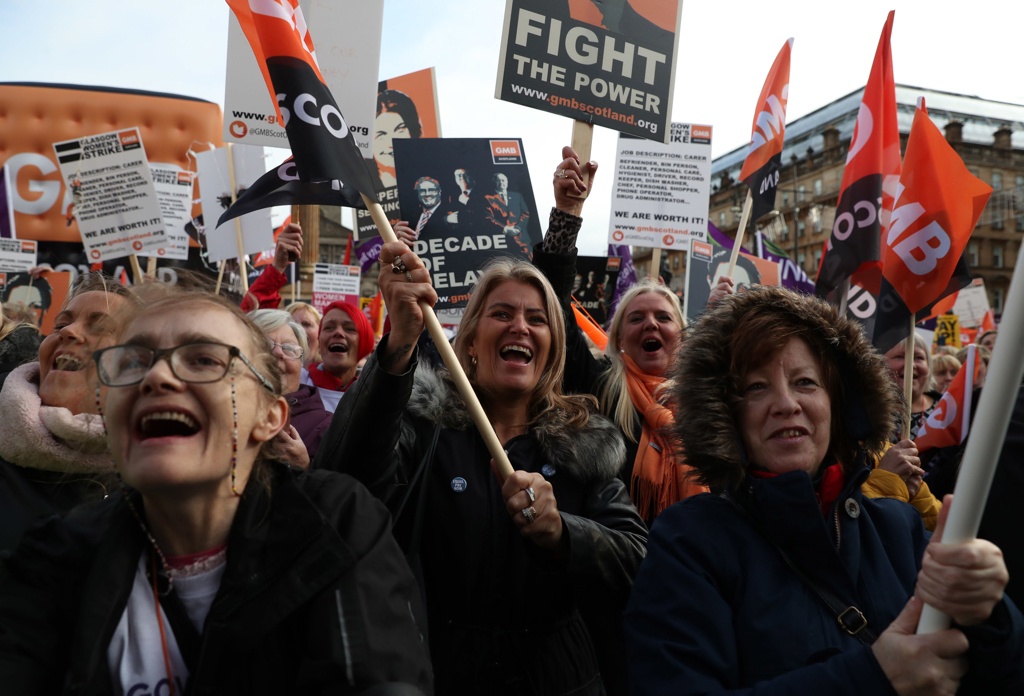 They will form picket lines again this morning to demand back payments for being paid less than council workers in male-dominated departments.

Thousands of women members of Unison and GMB led a march from Glasgow Green to the City Chambers in George Square, chanting: “What do we want? Equal pay! When do we want it? Now!” 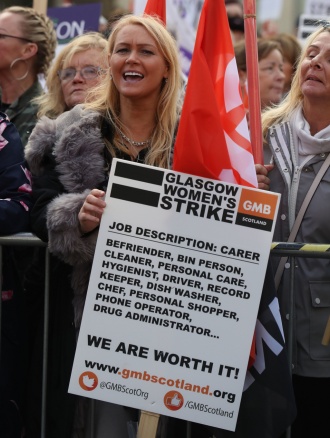 Council chiefs promised that women workers will be compensated for decades of underpayment after 10 years of litigation by workers, but unions say they have “got nowhere” in subsequent negotiations and have been left with no option but to strike.

Male dust workers and street cleaners refused to cross GMB picket lines outside their depots this morning, in spite of reported threats by bosses to call the police and dock their pay.

Unison education services shop steward Sylvia Haughey said: “We are the working women of Glasgow, and we say pay up now.”

In 2006 Glasgow City Council, then under Labour leadership, introduced a scheme to address pay inequality, but it perpetuated the pay gap through compensating male workers losing out on bonus payments. Labour lost control of the council to the SNP in 2016. 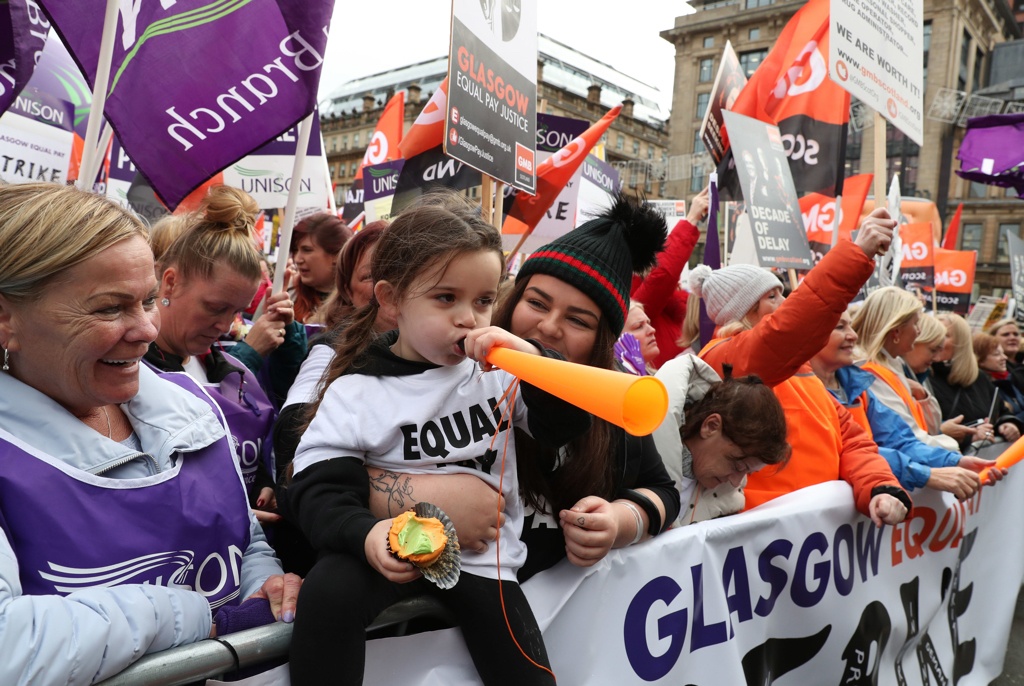 GMB organiser Rhea Wolfson argued: “It takes an army to fight back against nasty employers and their six-figure salaries, but we have an army.

“This fight is not just about sex, it’s about class. It’s the working class women fighting back.”

The council now faces a huge bill, estimated at around £750 million, in back payments owed to women. Some workers are said to have been paid £4,000 a year less than male counterparts at equivalent grades, meaning long-serving staff are entitled to significant sums.

SNP council leader Susan Aitken has faced criticism for suggesting the striking workers were misinformed about the equal pay dispute.

Ms Aitken told BBC Radio Scotland: “The strike will have a devastating impact and there’s no need for it.

“They won their case the day that the SNP was elected to lead Glasgow City Council and we have been working ever since then to deliver them justice.

“We are extremely close to it and I am confident that they will get the settlement that they are entitled to and we will start paying out in the next financial year.”

But GMB branch secretary Shona Thomson told the crowd: “We want no more and no less than what we are owed.

“We are the women who demanded our unions take us seriously. No we are demanding the council takes us seriously.”

One thought on “UK: Women workers bring Glasgow to a standstill”