Granma reproduces excerpts from a 2001 speech by Eduardo Galeano, emphasizing the dignity of a peaceful people who have mourned the loss of 3,478 of their sons and daughters, whose lives were cut short by terrorism

The explosions of the ship La Coubre (pictured) and Cubana Airlines Flight 455 over Barbados are two of the most tragic events suffered by our people, repeatedly victimized by terrorism. Photo: José Agraz

* Excerpts from a speech by Eduardo Galeano, delivered in December of 2001, upon receiving an Honorary Doctorate from the University of Havana:
“Thirty years ago, thinking about the attitude of the United States government, I asked myself what prohibits its citizens from traveling freely to Cuba: If this island is what they say, hell, why doesn’t the United States organize excursions here so that their citizens can see it themselves and wise up?

END_OF_DOCUMENT_TOKEN_TO_BE_REPLACED

Round one of this giveaway cost $2 trillion. Round two is even bigger—it would explode the deficit by more than $3 trillion. And once again, it’s largely a giveaway to the wealthiest Americans—and could mean devastating service cuts for ordinary people. END_OF_DOCUMENT_TOKEN_TO_BE_REPLACED

The signing of the S-400 Air Defence Missile System (ADMS) deal is good news for India and its military. However, the uncertainty that dogged the inking of the contract till the last moment – it was not clear until this morning if this would happen – was suggestive of the looming shadow of the United States on India’s foreign policy. This cannot be good for the future of India’s bilateral engagements with other countries, especially Russia.

END_OF_DOCUMENT_TOKEN_TO_BE_REPLACED

The Rohingyaas’ days are harsh and hard, very difficult to bear. Their days are uncertain and undignified also. Living on doles is not a dignified life. Moreover, dignity dries down when imperialism appears friend. Imperialism’s “friendly” posture creates a lot of critical questions. Nowhere and never imperialism was friend of any people struggling for survival and justice, for democratic rights, for dignity as the two interests—people’s and imperialism’s—are diametrically opposite, contradictory.  END_OF_DOCUMENT_TOKEN_TO_BE_REPLACED

Conceptualising women’s experiences of violence is at the same time difficult and necessary. Credit: Youtube

Let me begin with the ‘parable of elephant hunt’, popular among Naxalites of the 1960s. The parable was lucidly elaborated as the revolutionary strategy in Utpal Dutt’s play on Naxalbari, Teer (Arrow) (1967). Dutt points out through this parable the distinction between the bookish knowledge of metropolitan Naxalites about guerrilla warfare and the interpretation of Maoist guerrilla tactics in everyday language by the tribal guerrillas. In one scene, Devidas, the urban Naxalite leader, tries to explain the strategy of ‘people’s war’ by reading from party booklets, but his peasant comrades fail to comprehend such grandiloquent language. Finally, Gangee Orain stands up and starts speaking. Let me quote an excerpt from this scene:

END_OF_DOCUMENT_TOKEN_TO_BE_REPLACED 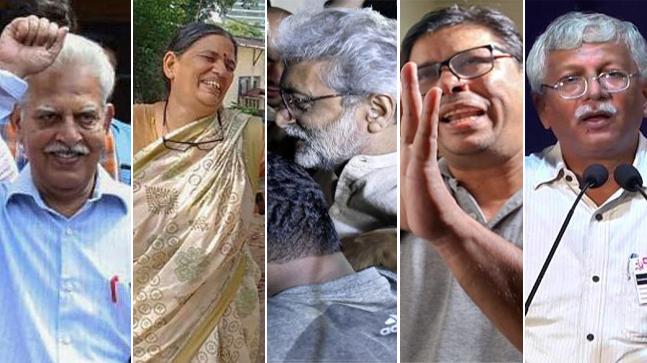 We’ve seen it before: a newspaper and individual reporters get a story horribly wrong but instead of correcting it they double down to protect their reputations and credibility—which is all journalists have to go on—and the public suffers.

Sometimes this maneuver can contribute to a massive loss of life. The most egregious example was the reporting in the lead-up to the invasion of Iraq. Like nearly all Establishment media, The New York Times got the story of Iraq’s weapons of mass destruction—the major casus belli for the invasion—dead wrong. But the Times, like the others, continued publishing stories without challenging their sources in authority, mostly unnamed, who were pushing for war. END_OF_DOCUMENT_TOKEN_TO_BE_REPLACED

The weekly Frontier has completed its fiftieth year in April, this year. I do not know of any Bengali or English periodical published from Kolkata to have played a progressive role on Indian and international affairs for such a long time. It is particularly remarkable that its publication was started by the illustrious poet, Samar Sen. Frontier was not published as the organ of any political party or group, and it continues to retain its independence till date. Samar Sen wielded his strong pen in the then existing political situation. His razor-sharp language, criticims and comments on important events were already well-known. In editing Frontier, he transformed with elegance this work into regular and professional journalism. At that time, the Bengali Deshabrati and other political journals were being published regularly. But Samar Sen filled a need, that of spreading radical thought among readers beyond Bengal’s border. In other states of India, many English dailies and weeklies were published; but most of them were organs of political institutions or servants of exploiting and ruling classes. As against them, this English weekly, published from Kolkata and embodying an original approach, undoubtedly evoked a good deal of response. By focusing on the popular struggles, whether of the peasantry or of workers or of students and youths, then going on in different states including West Bengal, Samar Sen set a bright example of honest journalism through Frontier. END_OF_DOCUMENT_TOKEN_TO_BE_REPLACED