Journal of People was in recess for the last few weeks. During these weeks Journal missed important stories.  Journal regrets its failure to present the stories to its readers. — Editors

PRESIDENT Evo Morales hopes to start a “new era” in Bolivia’s relationship with Chile after today’s International Court of Justice ruling on Bolivia’s access to the sea.

The new age will take “advantage of our potentialities, promoting integration for the wellbeing of our peoples. It’s necessary to cure injuries from the past,” he said. END_OF_DOCUMENT_TOKEN_TO_BE_REPLACED

Women march holding a banner that reads in Portuguese: “Women against Bolsonaro,” during a protest against far-right presidential candidate Jair Bolsonaro on Saturday

HUNDREDS of thousands of women turned out on Saturday for a wave of nationwide protests across Brazil against right-wing presidential election frontrunner Jair Bolsonaro.

Marches organised by a social media campaign under the hashtag #EleNao (Not Him) took place in dozens of cities including Rio de Janeiro, where thousands of women converged on the vast Cinelandia square, to be joined by a column of others marching from the Avenida Rio Branco, a major thoroughfare. END_OF_DOCUMENT_TOKEN_TO_BE_REPLACED

RALEIGH, N.C—In a win for North Carolina’s unionized farm workers, a federal judge reinstated the right of their union, the Farm Labor Organizing Committee, to negotiate for a dues checkoff in contracts it signs with state tobacco growers and other farmers.

In a ruling which U.S. District Judge Loretta Biggs upheld in late September against screams from the North Carolina Farm Bureau, Magistrate Judge Patrick Auld said the state Republicans’ Farm Law, a ban on such negotiations and dues checkoff, violated the U.S. Constitution. The two judges, combined, threw it out. END_OF_DOCUMENT_TOKEN_TO_BE_REPLACED

British Labour Party leader Jeremy Corbyn, right, is joined on stage by supporters following his keynote speech, to sing the socialist song “The Red Flag” at the annual party conference in Liverpool, England, Wednesday Sept. 26. He called for a clampdown on unfettered capitalism and a huge investment in public services. | Peter Byrne / PA via AP

LIVERPOOL—British Labour leader Jeremy Corbyn’s speech to the party’s annual conference yesterday was a call to arms for the labor movement, a clear challenge to all those who oppose Tory austerity in Britain to unite and bring an end to it for once and for all.

Unity and diversity were key themes throughout the speech, as Corbyn drew attention to the great variety that makes up the labor movement and the way in which that is reflected in the Labour Party’s new, increased membership. END_OF_DOCUMENT_TOKEN_TO_BE_REPLACED

Samir Amin, already a major figure in the political economy of development, was the author of the first article in the first ever issue of ROAPE, in 1974. As the editorial noted, the article was “a summary of his basic model of the workings of the international system as a whole, presented at length in his two recent books” (the two- volume Accumulation on a World Scale, Monthly Review Press, 1974).

The editorial continued: “It provides us with an ideal starting point: a general view of international capitalism, identifying the crucial differences in the dynamic of accumulation at the centre and at the periphery: differences which promote development in the metropoles and inhibit it in Africa. It is our hope that his work, which represents the most significant African contribution to the debate on underdevelopment, will be studied widely and discussed critically.”

END_OF_DOCUMENT_TOKEN_TO_BE_REPLACED 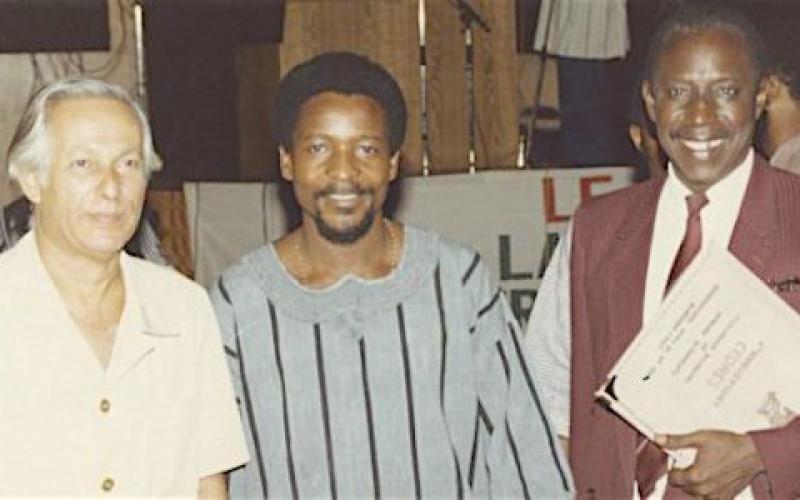 The Egyptian-born social scientist and activist Samir Amin wrote extensively on political economy and the challenges for the peripheral capitalist states. He died in a Paris, France hospital on 12 August 2018 at the age of 86.

He was a prodigious researcher and publisher issuing over 40 books, hundreds of articles and papers dealing with the relationship between the colonial, semi-colonial and neo-colonial territories and the imperialist states.

END_OF_DOCUMENT_TOKEN_TO_BE_REPLACED

The Zimbabwean’s own correspondent is absolutely right to warn Zimbabwe (as well as all Africa) of the dangers of China’s colonising activities. In this article, we are extending his warning to Western de facto colonialism, which still wields immense power over all Africa’s 54 nations.

END_OF_DOCUMENT_TOKEN_TO_BE_REPLACED

Karl Marx, a name to reckon with every person who is aware of the proceedings of political economy of a state or a group of states, was born at Trier on French-German border on the side of Germany on 5 May 1818 a two-hours journey by train from Boppard. As Martin Kampchen, the scholar-emeritus of Viswabharati University and a resident of Santiniketan for a long time, wrote recently in an editorial page of the Telegraph of Kolkata on 28 June, 2018 remembering his childhood days in the hometown of his birth and referring to Marx’s birthplace from a different perspective. I quote his comments, “In Trier, we experience Marx’s life and achievements as part of the German struggle for independence from regional sovereigns, in favour of liberal social system, and to gain justice for exploited workers and craftsmen.” It is a social outlook. END_OF_DOCUMENT_TOKEN_TO_BE_REPLACED

A young Florida Panther, one of the many endangered species in the U.S. according to the Center for Biological Diversity. | Florida Fish and Wildlife

Thousands of scientists have signed two letters opposing changes to the Endangered Species Act proposed by the Trump administration that critics say would weaken protections in favor of developers, Reuters reported Monday.

The proposed changes were announced by the Interior and Commerce Departments in July, and include axing the “blanket rule’ granting threatened species the same protections as endangered species and removing language telling officials not to consider economic impacts when listing a species. END_OF_DOCUMENT_TOKEN_TO_BE_REPLACED