In a further escalation of the ongoing trade war between the US and China, the Trump administration is preparing to announce 10% tariffs on an additional $200 billion worth of Chinese exports to the US, including a variety of consumer goods. The full list of goods on which the tariffs will be imposed is likely to be released later this week or early next week.    END_OF_DOCUMENT_TOKEN_TO_BE_REPLACED

Federal employees are at war with a presidential administration that’s bent on busting their unions. They rallied around the country July 25, their day in court as federal unions sue to halt three anti-union executive orders.

President Donald Trump’s push is the most antagonistic he’s ever seen under any president, said David Cann, director of bargaining for the Government Employees (AFGE). With 700,000 members scattered across 70 federal agencies, AFGE is the largest union of federal workers.

END_OF_DOCUMENT_TOKEN_TO_BE_REPLACED 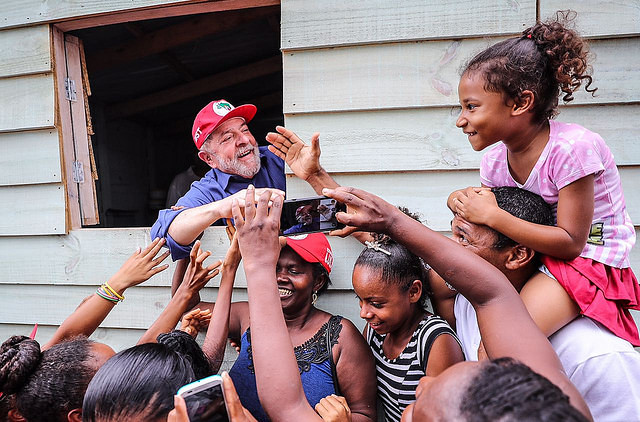 Brazil’s ex-president Lula in the Northeast, during caravan tour around Brazil / Ricardo Stuckert

Brazil’s ex-president Luiz Inácio Lula da Silva, who is being held at the Federal Police headquarters since April 7th, received the visit of Rui Falcão, former chair of the Workers’ Party, and João Pedro Stedile, from the National Coordination of Brazil’s Landless Workers’ Movement (MST). END_OF_DOCUMENT_TOKEN_TO_BE_REPLACED

Fidel with Ñico López, Abel Santamaría, and José Luis Tassende at the Santa Elena farm, in Palos, where they conducted target shooting practice, before the Moncada assault. Kneeling from left to right: Ernesto Tizol and Billy Gascón. This historic photo is displayed at the Casa Abel Santamaría Museum in Havana. Photo: Archive

Two rooms, one that served as a living-dining room and the other a bedroom, plus a tiny bathroom and kitchen, comprised apartment 603 in the building at 164 25th Street, between O and Infanta, in the Havana neighborhood of Vedado, where planning began for the armed actions that took place July 26, 1953. END_OF_DOCUMENT_TOKEN_TO_BE_REPLACED

ON June 2 this year, an extraordinary session of Cuba’s National Assembly (its parliament), created a commission to draw up an initial draft of a new constitution for the island nation which for 60 years has defied US efforts to end its revolution. END_OF_DOCUMENT_TOKEN_TO_BE_REPLACED 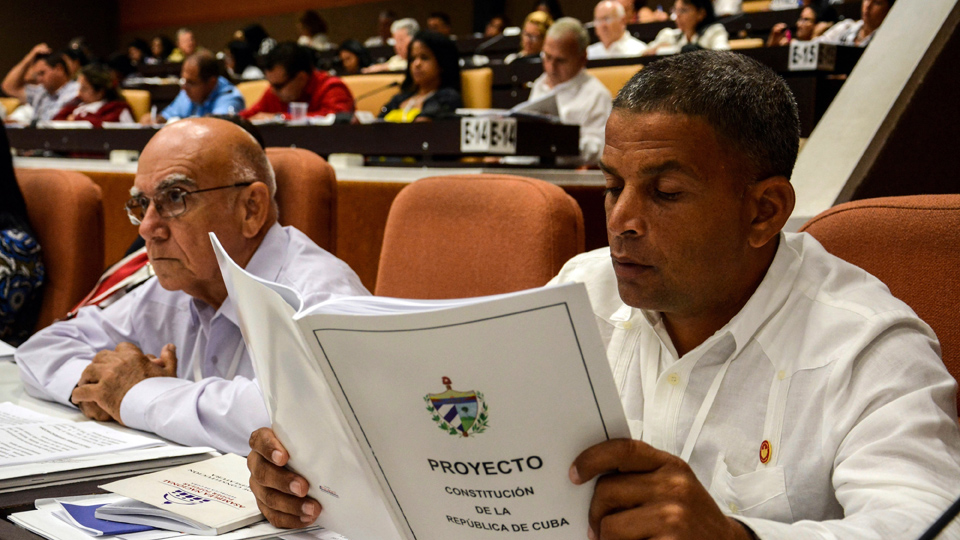 A member of the National Assembly studies the proposed update to the Constitution, in Havana, Cuba, July 21. | Abel Padron / AP via Agencia Cubana de Noticias

The early prospect of a new constitution to replace Cuba’s current one, in effect since 1976, begs the question of how it might serve the Cuban revolution. In particular, will the new fundamental law help or hinder the cause of Cuban socialism? END_OF_DOCUMENT_TOKEN_TO_BE_REPLACED 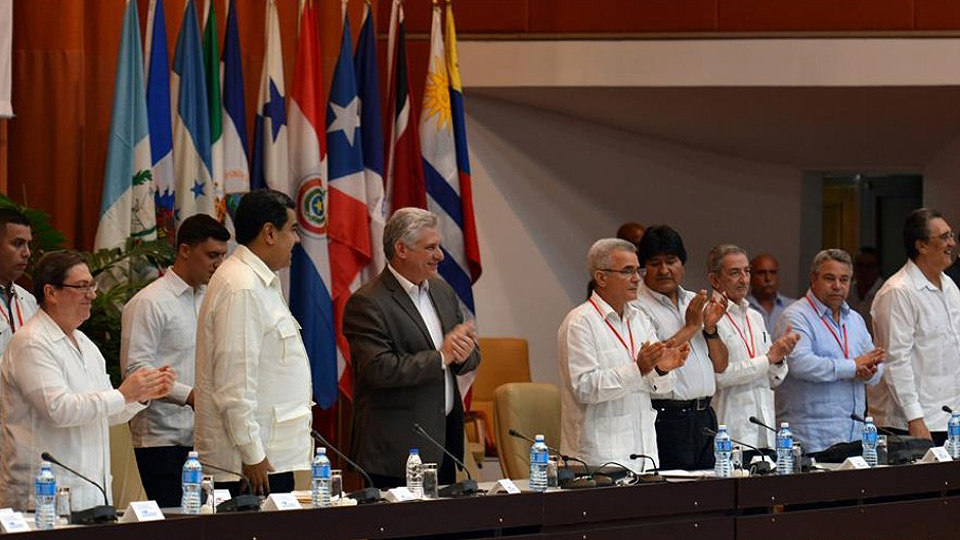 HAVANA—The first meeting of the São Paulo Forum (FSP) took place in that Brazilian city in 1990. The Forum idea came from Brazilian Workers’ Party leader Luiz Inácio Lula da Silva—known simply as Lula—and Cuban President Fidel Castro. The 24th such meeting took place in Havana, July 15-17. Present were 625 representatives of 168 left-leaning political parties and social movements from member states in Latin America, the Caribbean, and other regions—51 countries in all. This was the third FSP meeting to be held in Havana.

END_OF_DOCUMENT_TOKEN_TO_BE_REPLACED

IT  is a multifaceted  challenge undertaken against the hegemony of  middlemen, mill owners, anti-farmer  state and central government policies and ruling party’s  apathetic attitude, distress sale and  farmer suicides. In a first of its sorts after its recent formation a year back, the  West Bengal state unit of  All India Agricultural Workers Union  (AIAWU) has decided to reach  to  more than 11,000 villages throughout  the state within a fortnight, taking the call of jail bharo programme on August 9, called by the  AIKS  on the plight of the farmers.  Trade Unions have decided to join in the struggle and preparations have already started. Gate meetings in front of factories, street corner meetings in working class areas are being organised. Mass organisations in the state like SFI, DYFI and AIDWA  have also joined the call of the AIKS. END_OF_DOCUMENT_TOKEN_TO_BE_REPLACED

CAPITALISM’S discourse on “development” which has become quite influential all over the third world in the neo-liberal period proceeds as follows: (i) “development” must consist in shifting the work-force from the traditional (petty production) sector which is overcrowded with low labour productivity, and hence constitutes a repository of poverty,  to the modern (capitalist) sector which has much higher labour productivity. (ii) For this shift to occur, the modern (capitalist sector) must be allowed to grow as rapidly as possible, for which all impediments to capital accumulation must be removed. (iii) Even if, in the process of the modern (capitalist) sector’s growth, some petty producers are displaced, such as for instance owing to the acquisition of land from peasant agriculture for building factories, then that can only be a transitional problem and should not be a matter of much concern, since the entire work-force from the petty production sector will eventually get absorbed into the capitalist sector anyway. Hence preventing the growth of the capitalist sector in the name of protecting the petty production sector constitutes a retrograde step; it may be necessitated for “political” or “populist” considerations but it lacks any economic rationale. END_OF_DOCUMENT_TOKEN_TO_BE_REPLACED

An international conference on Karl Marx, held in Patna between 16-20 June under the title “International Conference on Karl Marx—Life, Ideas, and Influence: A Critical Examination on the Bicentenary” had a reflex of what has been coined as ‘Marxian renaissance’. It was organised by Asian Development Research Institute (ADRI) in memory of Pijushendu Gupta and Radha Krisna Chaudhury who had jointly organised a national seminar in 1967 on the 150th birth anniversary of Karl Marx and the centenary of Das Capital at Begusarai, a small town in Bihar. END_OF_DOCUMENT_TOKEN_TO_BE_REPLACED