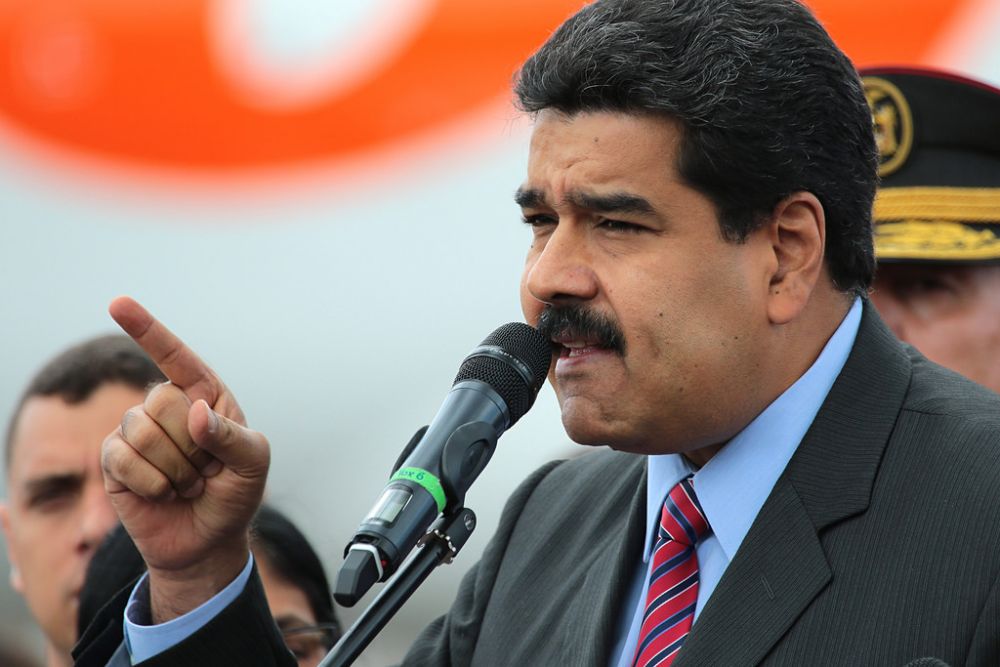 Nicolas Maduro was re-elected for another term of office in the Venezuelan presidential election on Sunday 20 May. The majority of the reactionary opposition, with full support from Washington and Brussels, had called for a boycott, which led to a very low turnout in the middle-and-upper-class areas of the main cities. Their demand that the elections be cancelled was echoed by right-wing governments in the region. This meant that many in the working-class and poor areas turned out to vote as a way of rejecting brazen imperialist meddling. However, even here turnout was visibly lower than in previous elections. The deep economic crisis is the major issue in people’s minds and many are sceptical about the government’s ability to deal with it.

A few hours after the polls closed, the National Electoral Council announced the first official results of the presidential election. With 92 percent of ballots counted, 8,603,336 people had voted (46.01 percent, which was projected to reach 48 percent once all votes are counted). Of these, 5,823,728 had voted for Maduro (67 percent), 1,820,552 had voted for opposition candidate, Henri Falcón (21 percent), 925,042 for evangelical priest Bertucci (10 percent) and 34,614 for the little-known Quijada, who presented himself as a dissident, chavista candidate (0.4 percent).

Despite the international media’s talk of “massive irregularities” (BBC), Maduro “reelecting himself” (El País), and this being a “sham election” (Financial Times), the elections took place in normal conditions, without incidents and in the presence of international observers, including former Spanish president, Zapatero. The UN and the EU had also been invited to send observers, but refused. They will now claim there were ‘numerous irregularities’ despite the fact they were not on the ground to witness them.

The elections took place against a sustained assault by the reactionary opposition and imperialism to prevent them. From the day they were called, both the US and the EU had announced that would not recognise their legitimacy and demanded that they be suspended. They were joined by the Group of Lima countries: an ad-hoc gang of right-wing, Latin American governments, set up to issue statements in line with US imperialist policy when they cannot get a majority at the Organisation of American States and other official bodies. The alleged concern for democratic guarantees on the part of the governments of Argentina, Brazil, Colombia, Mexico and Honduras is completely hypocritical. None of these governments batted an eyelid at the extrajudicial execution of indigenous rights activist Maldonado in Argentina; the hundreds-of-thousands displaced and disappeared in Colombia; the state involvement in the disappearance of the 43 Ayotzinapa students in Mexico, nor the blatant election fraud in Honduras just a few months ago.

The reactionary Venezuelan opposition parties, now grouped in the so-called Free Venezuela Broad Front (FAVL), which spent six months last year in a violent and terroristic campaign to demand elections before they were due, called for a boycott. The election took place exactly one year after a mob of these ladies and gentlemen’s violent supporters set upon a young, dark-skinned chavista supporter, Orlando Figuera and set him on fire – he later perished. That incident alone tells you all you need to know about the real character of the reactionary, oligarchic, pro-imperialist and racist Venezuelan opposition. 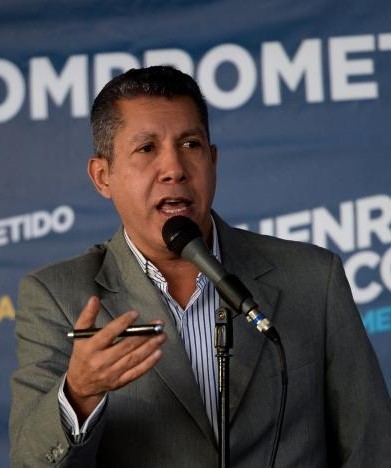 That the elections went ahead at all was a clear response to these forces. However, the Venezuelan opposition was dealt a severe blow last year and is now divided and demoralised. All the attempts they made at mobilising people on the streets in the run-up to 20 May failed miserably. As election day approached, an increasing number of opposition leaders broke ranks with the FAVL and called for a vote for Henri Falcon, which was backed by his own party in addition to the MAS and COPEI.

It was all to no avail. Turnout was extremely low in the wealthier areas of big cities – traditional strongholds of the right-wing opposition – where most polling stations had no queues or were completely empty throughout the day.

Of course, Henri Falcón, true to the tradition of the Venezuelan opposition whenever they lose an election, cried fraud, talked of 900 cases of irregularities, said he did not recognise the result and called for new elections in October. This is laughable. It was clear to everyone that he had not been able to mobilise the opposition’s base of support, which largely followed the boycott call issued by the FAVL, following instructions from Washington.

Workers and poor vote against imperialism

Turnout was higher in the working-class and poor areas, which are the traditional base of support for the Bolivarian Revolution. Many voted to deliver a clear response to the scandalous campaign by imperialism and the opposition to demand that elections be cancelled. Many also voted to defend what remains of the gains of the revolution. There is a clear understanding that if the opposition were to win the election they would destroy everything and make workers and the poor pay the full price of the crisis with a brutal, IMF-inspired ‘adjustment’ program. Still, turnout was lower than usual in the traditional chavista strongholds. A full breakdown of the vote has not yet been released, but there is plenty of anecdotal evidence that suggests this was the case. There were queues in many polling stations, which the international media deliberately ignored, but these were not as long nor as persistent as had been the case in previous elections. This was despite the fact that the PSUV and the state used their apparatus to attempt to mobilise the chavista vote in an unprecedented way. Maduro’s vote was around 30.5 percent of the total census, down from 40 percent when he was first elected in 2013. This represents a loss of 1.5m votes, on an electoral census containing 2m more voters.

There is still a hardcore chavista vote, which turns out at every election out of loyalty to the Bolivarian Revolution and the struggle for socialism that Chavez represented. But it is increasingly more difficult for this hardcore to mobilise other layers. Amongst the left-wing of the chavista movement there is a growing criticism of the leadership and the bureaucracy, who have proven unable deal with the economic situation and are an obstacle to the revolutionary initiative of the masses.

One of the main areas of conflict has been the rural communes. In the last few months there have been several instances in which groups of peasants organised in communes – on officially granted land – were evicted. These evictions took place at the hands of local police, the National Guard, local judges and officials at the National Land Institute, and were carried out on behalf of landowners, in many cases with close political and business links to the state apparatus. 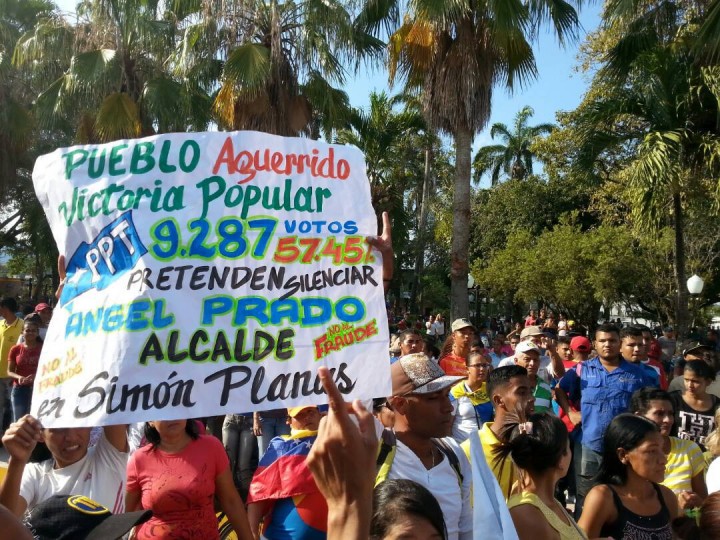 One of the main areas of conflict has been the rural communes, where some peasants have been evicted by the state authorities, at the behest of landowners / Image: public domain

In the run-up to the election, high government officials intervened to reverse this trend and even Maduro promised that there would be no more such evictions. One of the main revolutionary peasant organisations, the CRBZ, called for a vote for Maduro but maintained all its criticism of the bureaucracy and state apparatus. The same was the case at the El Maizal Commune, in Lara (pictured), where the state has still not recognised the election victory of the commune’s spokesperson Angel Prado, against the official PSUV candidate in the December local council election.

The mood amongst many chavista supporters was revealed by a short interview with one on the BBC Mundo website:

“We’re going to give him [Maduro] a vote of confidence. If this does not work, that’s the end of it. I’m going [to the polls] with hope, but if the country does not improve, people are going to take to the streets. I will vote for Maduro because he has given his word that things will improve, if he understands what giving one’s word is, he should fulfill his promise.”

The problem is that, on the basis of their track record, Maduro and the Bolivarian leadership are unable or unwilling to implement the necessary measures to deal with the economic crisis. Instead of tackling the crisis head-on by expropriating the capitalists, bankers and landowners, the government makes constant appeals for them to invest. While attacking the role they play in the “economic war”, the government gives them loans and access to dollars. In his election victory speech Maduro, once again, made an appeal to the opposition to come back to the negotiating table, an appeal he extended to US imperialism.

In the next few weeks we will see an intensification of the imperialist campaign against the Venezuelan government with increased sanctions. US Deputy Secretary of State John Sullivan, speaking in Argentina, said Washington was considering oil sanctions, which would have a crippling impact on the economy. They hope to bring the government down by exacerbating the crisis and asphyxiating the country economically.

For the Bolivarian masses the main issue will be the deep economic crisis, which has resulted in hyperinflation, a collapse in the purchasing power of wages and a scarcity of basic products. Maduro promised to deal with these problems after the election and deliver “economic prosperity”. These promises will go unfulfilled and the advanced layers of the workers and the poor will be pushed towards seeking a real alternative, one capable of facing up to imperialism but at the same time moving towards solving the economic crisis. 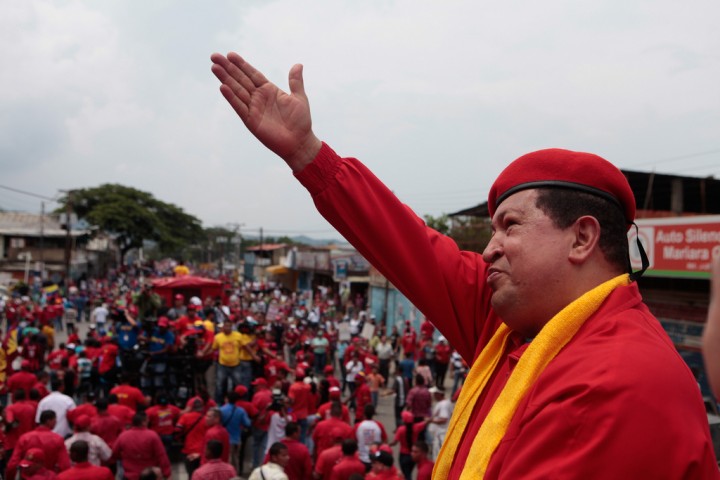 The revolutionary vanguard must build on Chavez’s legacy with a genuine alternative based on a socialist program / Image: chavezcandanga

There are, in fact, only two possible solutions. One, advocated by all wings of the opposition (and which has the backing of imperialism), is a brutal adjustment plan, including cuts to social and state spending, lifting of subsidies, abolition of subsidised food parcels, privatisation of state-owned companies and natural resources and mass layoffs in public and private sector companies. That would be a complete disaster for working people and would be accompanied by a clamp-down on democratic rights.

The other option would be to take all fundamental levers of the economy into public ownership under democratic workers’ control and use them to produce for the benefit of the people, not the profit of the handful of parasites that make up the oligarchy.

The halfway policy of the Maduro government, with ever-growing concessions to the ruling class, only lead to demoralisation, scepticism, an aggravation of the crisis and finally, one way or the other, to a brutal adjustment plan on the backs of the working class.

To break with this situation, the revolutionary vanguard needs to set itself the main objective of building a genuine, revolutionary alternative based on a socialist program, which offers a solution to the benefit of working people. That is the task of the day.