wishes all its readers and well-wishers a Happy New Year!

ON December 10, 1948, the United Nations proclaimed the Universal Declaration of Human Rights, but as Fernando Martínez Heredia wrote very clearly, from the beginning, this title was “deceitful and pretentious,” since it could not be “universal” without recognizing the equality of nations, condemning the deep wounds colonialism caused in the world, or holding modern capitalism responsible for developing its system and making advances on the basis of plunder, obliterating cultures, enslaving millions, destroying ways of life, exploiting work without compunction, prostituting social organizations, and contaminating the environment on a world scale… Failing to denounce colonialism and neocolonialism, that petty Declaration did not take the majority of the planet’s peoples into consideration, and neither do Articles 1 or 55 of the United Nation’s own charter. (1) END_OF_DOCUMENT_TOKEN_TO_BE_REPLACED

Raising fists of Iranian women amid smoke of tear gas at the University of Tehran symbolize people’s protest against medieval cleric rule in today’s Iran. Reports of country-wide protests by tens of thousands of people for the last few days, police actions, deaths from security force bullets are demonstrating people’s discontent against the dictatorial theocratic-rule. Discontent against widespread corruption and nepotism of the ruling clerics has gathered strength as economic mismanagement and problems have burdened life of the Iranian people. Pro-cleric regime gatherings demonstrate the regimes efforts to show its strength. END_OF_DOCUMENT_TOKEN_TO_BE_REPLACED

Sky-high rents and diminishing wages are pushing many Londoners into narrowboat living, but far from being an idyllic lifestyle, boat-dwelling is fraught with problems. JULIAN VIGO reports

OVER the past few years there have been numerous articles in the British media about living on narrowboats across the 2,000 miles of rivers and canals in England and Wales, especially those waterways specific to London.

Some look to living on the water as an alternative lifestyle with anecdotal evidence of the ostensibly open community to support their shift from land. END_OF_DOCUMENT_TOKEN_TO_BE_REPLACED

The Morning Star uncovers memos proving Major, energy minister Tim Eggar and UDM leader Roy Lynk met before British Coal announced that it would axe most of the remaining pits

JOHN MAJOR met secretly with the strike-breaking Union of Democratic Mineworkers (UDM) while formulating plans for pit closures, the Morning Star can reveal. 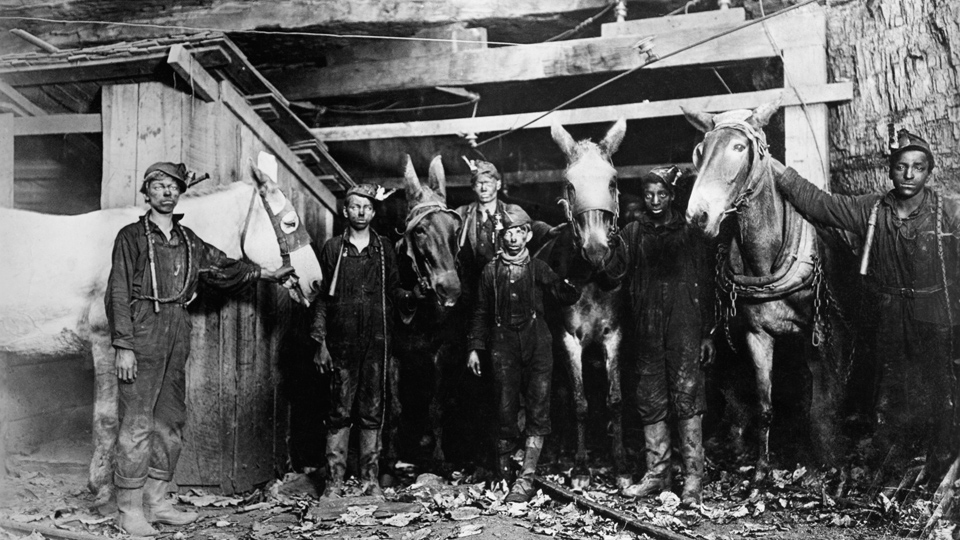 Miners with their mules. Like the miners, the only time the mules — often worked to death — got any rest was when the workers, unable to bear conditions any longer, walked out on strike. Library of Congress

Frank Novich was enrolled in the 5th grade at the Catholic school in Shamokin, Pennsylvania and was instructed by his teacher, a priest, to memorize and recite the catechism all other children were assigned to memorize. Frank, already rebellious at 11 years of age, refused. The priest smacked Frank across the knuckles with a ruler. Frank stood up, picked up his books and walked out of the school. That was the end of Frank’s formal education but the beginning of his learning in the “university of hard knocks.” END_OF_DOCUMENT_TOKEN_TO_BE_REPLACED

Despite the evidence of worsening poverty, the government felt sufficiently confident in this year’s budget speech to move the target date for attaining middle-income status forward by two decades. Originally planned for 2040, the new status will now be attained in three years. Agricultural output is going to be increased, educational outcomes improved and corruption eliminated. Just like that.

An abiding image of Uganda in April 2017 is of a group of elderly people squatting around an anthill, men and women, patting it with bunches of greenery to coax the termites out. They then pluck up the termites and eat them, not as the seasonal delicacy usually caught by young people on moonlit nights but as a primary source of nourishment.

END_OF_DOCUMENT_TOKEN_TO_BE_REPLACED

In recent weeks, as much of the Pakistani media remained fixated on the internecine squabbles of the country’s ruling elites, authorities in Sindh have been brutally cracking down on sections of workers and farmers in the province who’ve had the temerity to defend their rights and fight for improved living standards and working conditions. END_OF_DOCUMENT_TOKEN_TO_BE_REPLACED

We the undersigned, condemn (i) the illegal, unconstitutional and arbitrary ban under Section 16 of the draconian Indian Criminal Law Amendment Act, 1908 (CLAA)on Majdoor Sangathan Samiti (MSS), a 30 year old registered Trade Union, and (ii) the false cases impugned under Section 17 of CLAA against 10 office bearers of the MSS, by the Jharkhand government.The ban and FIR have been imposed/charged on the grounds that the organization invited Vara Vara Rao, a renowned Telgu poet, to a meeting celebrating 100 years of the Great Russian Revolution. END_OF_DOCUMENT_TOKEN_TO_BE_REPLACED

Google is accused of selling millions of users’ data without their consent.

In a statement to the BBC, Google said: “This is not new – we have defended similar cases before. We don’t believe it has any merit and we will contest it.”

Google could be forced to pay £2.7bn in compensation after it was accused of selling the data of more than five million iPhone users without their consent. END_OF_DOCUMENT_TOKEN_TO_BE_REPLACED