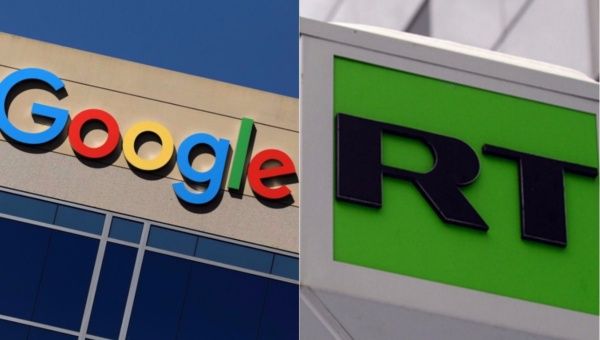 “Good to have Google on record as defying all logic and reason: facts aren’t allowed if they come from RT,” said Editor-In-Chief Margarita Simonyan.

In the face of an ongoing outcry regarding alleged Kremlin meddling in U.S. electoral processes, Alphabet’s Executive Chairman Eric Schmidt said that the parent company to Google News would begin to reduce the presence of Russian state-owned media sites that had previously been given normal placement on the search company’s news and advertising sites.

“We’re well aware of this one, and we’re working on detecting this kind of scenario you’re describing and deranking those kinds of sites,” Schmidt told the Halifax International Security Forum when asked why Kremlin-tied newsmedia was still classified as legitimate news when it is actually “Russian propaganda.”

“It’s basically RT and Sputnik,” Schmidt continued. “We’re well aware and we’re trying to engineer the systems to prevent it.”

Russia’s RT and Sputnik is owned by the Russian government according to an ownership model similar to the U.K.’s BBC, the U.S.’s Radio Free Europe/Radio Liberty, or Qatar’s Al Jazeera – all of which are owned or funded by those countries’ respective governments.

However, Schmidt contended that while RT and Sputnik are guilty of the “spread of misinformation—or worse,” Google doesn’t “want to ban the sites. That’s not how we operate.”

“I am strongly not in favor of censorship. I am very strongly in favor of ranking. It’s what we do,” he added. “It’s a very legitimate question as to how we rank, A or B, right? And we do the best we can in millions and millions of rankings every day.”

Schmidt added that their algorithm can detect “repetitive, exploitative, false, and weaponized” info, but that it is a constant tug-of-war because “the people who seek to manipulate will get better tools too.”

Management for the Russian outlets has predictably blasted the proposed move as arbitrary and a form of censorship.

“Good to have Google on record as defying all logic and reason: facts aren’t allowed if they come from RT, ‘because Russia’ – even if we have Google on Congressional record saying they’ve found no manipulation of their platform or policy violations by RT,” Sputnik and RT Editor-in-Chief Margarita Simonyan said in a statement published on RT.

The tech executive’s statement comes on the heels of a campaign of intimidation and threats of arrest and asset seizure that resulted in RT being forced to register with the U.S. government under the Foreign Agents Registration Act or FARA. RT is currently fighting the order in court. According to a recent report on U.S.-China relations, China’s Xinhua News Agency is being looked at as a possible target as well.