Medardo González, secretary general of the Farabundo Martí National Liberation Front, reaffirmed that the FMLN continues to struggle for the demands of the majority in El Salvador, the working class. Photo: el19digital.com

With the 1992 peace accords, only its weapons changed, since the political field demands well conceived tactics and firm troops to survive ambushes and enemy offensives. In fact, fighting times are approaching, with elections for deputies and mayors scheduled this coming March. The vote is key to advancing the FMLN government’s projects, many of which are systematically sabotaged by the right in the National Assembly and their allies in the judicial branch, including the Attorney General’s office and the Constitutional Court. END_OF_DOCUMENT_TOKEN_TO_BE_REPLACED 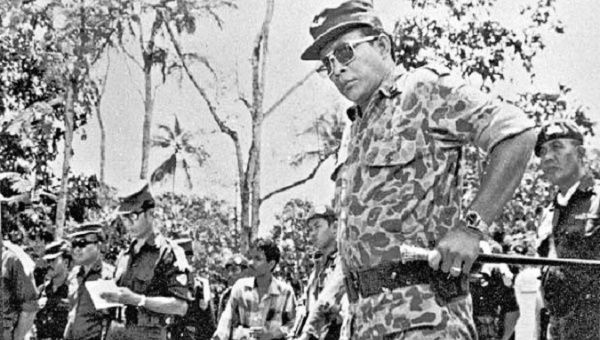 General Suharto led the massacre of over 500,000 communists and sympathizers in Indonesia. | Photo: Archives

The editors at the New York Times were well aware at once of crucial U.S. government involvement in the Indonesian bloodbath.

Noam Chomsky discussed the responsibility of intellectuals and pointed out how, “historical amnesia is dangerous not only because it undermines moral and intellectual integrity, but also it lays the groundwork for crimes that still lie ahead.” According to Josefhine Chitra and Andhyta F. Utami, “his quote holds some truth for Indonesia’s bleak past in settling its human rights violations (with U.S. support).”

END_OF_DOCUMENT_TOKEN_TO_BE_REPLACED

Food stamps in the United States stand as an indicator of poverty in the old, resourceful, capitalist economy. The mainstream media cannot ignore the burning issue.

“The budget resolution passed by the House on Thursday will push millions of already struggling people off food stamps, leaving the neediest Americans — children and the elderly among them — without food.”

“One in six people in America faces hunger, more than almost any other country in the developed world. If this budget goes through, and important programs like SNAP are axed, that number will be on the rise.” END_OF_DOCUMENT_TOKEN_TO_BE_REPLACED 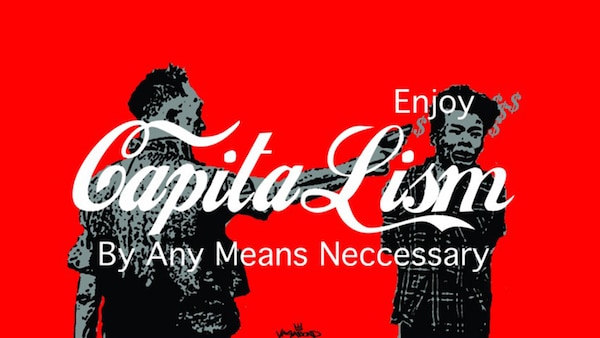 “Neo-liberal capitalism” is the term used to describe the phase of capitalism where restrictions on the global flows of commodities and capital, including capital in the form of finance, have been substantially removed. Since such removal happens under pressure from globally-mobile (or international) finance capital, neo-liberal capitalism is characterized by the hegemony of international finance capital, with which the big capitals in particular countries get integrated, and which ensures that a common set of “neo-liberal” policies are pursued by all countries across the globe. END_OF_DOCUMENT_TOKEN_TO_BE_REPLACED

by ERIC A. GORDON

ST. LOUIS—In a country of “the too rich and the rest of us,” says AFL-CIO President Richard Trumka, we need a new Workers’ Bill of Rights. Fittingly, that was Resolution 1 at the federation’s recently concluded national convention, “a tool,” as Cecil Roberts of the United Mine Workers put it, “to support our organizing and our political work.”

The Bill of Rights, which passed unanimously on the last day of convention, Oct. 25, calls for the right to join a union, fair wages, flexible schedules, secure retirement, quality health care, and more. END_OF_DOCUMENT_TOKEN_TO_BE_REPLACED

Youth from around the world meet with Soviet students at the 1985 World Festival of Youth and Students in Moscow. | Vitaly Sozinov / TASS

The Centennial of the Russian Revolution

November 7, 2017 marks the 100th anniversary of the Russian Revolution and the establishment of the world’s first socialist state. To commemorate the occasion, People’s World is presenting a series of articles that present wide-angled assessments of the revolution’s legacy, the Soviet Union and world communist movement which were born out of it, and the revolution’s relevance to radical politics today. Proposals for contributions are welcome and should be emailed to cjatkins@peoplesworld.org. Other articles in the series can be read here.

“Workers of all nations, unite!”

When Marx and Engels, the founders of scientific socialism, penned those famous words, now the most beloved slogan of communists around the world, they had not done a thorough analysis of their implications for the peoples of Asia, Africa, and Latin America. Their direct contacts at the time were mostly with workers in Western Europe and the United States. END_OF_DOCUMENT_TOKEN_TO_BE_REPLACED

At the Baikonur Cosmodrome in Kazakhstan on March 12, 2016, a bird silhouetted by the sun sits on the hand of a statue of Vladimir Lenin, leader of the Russian Revolution of 1917. | Dmitri Lovetsky / AP

November 7, 2017 marks the 100th anniversary of the Russian Revolution and the establishment of the world’s first socialist state. To commemorate the occasion, People’s World is presenting a series of articles that present wide-angled assessments of the revolution’s legacy, the Soviet Union and world communist movement which were born out of it, and the revolution’s relevance to radical politics today. Proposals for contributions are welcome and should be emailed to cjatkins@peoplesworld.org. Other articles in the series can be read here.

In this centenary year of the Russian Revolution, books are being published, op-eds written, and programs broadcast about the dramatic events of 1917 and their impact on the 20th century. END_OF_DOCUMENT_TOKEN_TO_BE_REPLACED

Money doesn’t grow on trees – but it doesn’t come from the government either (Source: Getty)

The majority of Britain’s politicians don’t know where money comes from, despite being tasked with deciding how much of it ends up being spent, according to a poll of MPs published today.

Only 15 per cent of MPs surveyed answered correctly when asked a true/false question on whether banks create money when they make loans.

END_OF_DOCUMENT_TOKEN_TO_BE_REPLACED

Dear Vasantha
I am frightened to think of coming winter. Already I am shivering with continuous fever. I do not have a blanket. I do not have a sweater/jacket. As temperature goes down excruciating pain continuously in my legs and left hand increases. It is impossible for me to survive here during the winter that starts from November. I am living here like an animal taking its last breaths. Somehow 8 months I managed to survive. But I am not going to survive in the coming winter. I am sure. It is of no use to write about my health any longer. END_OF_DOCUMENT_TOKEN_TO_BE_REPLACED

This last month marks the solemn occasion of Babasaheb Ambedkar embracing Buddhism, along with lakhs of people, drawn to his vision. The Buddhism that Ambedkar made his own was described and argued in The Buddha and His Dhamma, a complex, layered text, which brought together his multiple and intersecting concerns: his commitment to a life of the mind, and his passion for bringing together knowledge and ethics, to leaven the claims of pradnya with those of sila; his desire for and commitment to fraternity, to maitri, or social fellowship, which, in his lexicon, was ‘greater than karuna’ (compassion); and the struggles that he and his fellow Dalits and other democratically minded opponents of the caste order waged to bring forth a more just and beautiful world, and one animated by sadhamma. END_OF_DOCUMENT_TOKEN_TO_BE_REPLACED