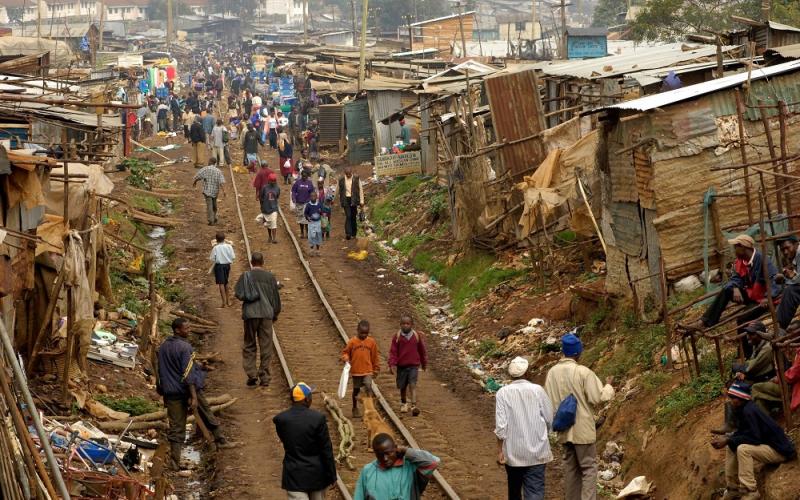 We always empathize with the poor. However, it is a paradoxical type of empathy; the sort that places us above them. We think to ourselves: the woman at the bus stage should know better than to have five kids with another clearly on the way. The man drunkenly passed out on the sidewalk should use that money to fix himself up. And those children that bombard us with requests that start out pitifully and end up violent have no excuse. After all, don’t we have free primary education? We may never say it out loud but somewhere along such lines of thought we unanimously decided that the poor cannot be trusted.

We then take it upon ourselves to arrange their needs and priorities for them. We start organizations, sign up to them and together we send food, clothes and everything in between. Everything but money. Once this is done and our conscience is at rest – at least for the next few months – we go back to our lives. The poor we now meet on the streets are met with the phrase ‘Sina leo’, the Kenyan connotative way of politely saying no. After all we have done our part.

Is it wrong to simply give money to the poor? Why is it that according to humanitarian reports 94 per cent of aid is non-cash? Will giving money turn us into enablers and make the poor entitled? Then again, is it really about the money or what it symbolizes: Choice? We don’t trust the poor to make the right choices with our money so we do it for them. This is why it is common for aid to come with rules depending on the giver’s morals and beliefs. Are we seeing any changes through this or might we need to rethink this and start trusting the poor?

In a change of narrative, 6000 Kenyans in impoverished rural areas are set to receive Ksh 2,280 monthly for the next 12 years. This money comes with no strings attached; all that is needed is an M-Pesa [mobile money transfer] account. For 12 years GiveDirectly, the organization behind this unorthodox project will observe the recipients to see if this basic income will improve their living standards in the long run or if it will make them dependent and complacent. Since the aid will be similar to the universal basic income system, the payments will have to be regular, individual, unconditional and in cash.

When some of the recipients of the money were interviewed by a Vox reporter Dylan Mathews, everyone had their own priorities. A mother was using the money for school fees, a couple wanted to start a greenhouse, whereas a young man was using the money to rent a motorbike for business. Choice. As for the fear of people misusing the money on things like alcohol, a report by the World Bank shows that these cash transfers neither increase nor reduce the alcohol consumption of the recipients. What it does is promote the mental wellbeing of the recipients by reducing their financial stress, therefore preventing them from turning to alcohol as a form of escape.

However, this project is not like the past GiveDirectly projects. GiveDirectly as an organization is known for conducting evidence driven projects but this project is one of a kind and may have to rely more on theory rather than facts. This may explain why some aspects of this project clash with their past research. According to their research, large cash transfers have a bigger impact compared to monthly cash transfers since they bring more development in the long run. While others are content with the current situation this issue has been raised by some of the Kenyan cash recipients.

When talking to the Vox reporter some recipients said they would have preferred to receive lump sum amounts of money rather than monthly since this would have enabled them to easily work on bigger projects. In order to deal with this issue, these recipients have resorted to forming ‘chamas’, which are informal Kenyan saving group systems where members put all their cash transfers together and each month one of the members takes all the money. This system rotates until every member has gotten a chance to receive the lump sum of money, before the rotation starts again.

GiveDirectly is very open about its projects and they too acknowledge this problem in the project. However, there is not enough research on the subject of a universal basic income and those that are there did not run as long as the Kenyan project which is set run for over a decade. Also, it helps to note the unorthodox nature of the project may disadvantage it because many people may not be willing to donate to an organization that simply gives money to the poor and lets them decide what to do with it. Most of the donors to the project are from the Silicon Valley since they are interested in the possibility of universal basic income as technology slowly replaces human resource. The project not only requires an open mind but also patience and trust in the poor.

This method of simply giving cash to those in need is quickly gaining traction and has proved to be efficient especially in times of crisis. This year Uhuru Kenyatta, Kenya’s president, declared a national crisis with the drought that saw up to 2.7 million Kenyans food insecure. The president then asked for help from both local and international bodies. The government has been accused of complacency and lack of proper long term planning and they in turn blamed their slow response on logistics such as transportation and contracts.

In such a time, cash transfers proved to be efficient. The Kilifi County government teamed up with the Red Cross Society and launched its first cash transfer system that would see families in hard hit areas getting Ksh. 6,000 monthly.

According to Mr Hassan Musa, regional manager of the Kenya Red Cross Society, “A lot of money that is supposed to help fight hunger is usually wasted on logistics and the process of looking for service providers and tendering is usually long and tiring. But this move will see that we cut away these costs and see up to 98 percent of the money aimed to be given to the people is transferred to the most vulnerable.”

For us to help those in need we need to understand only those in need understand what they need and the Red Cross Society has proved it understands this. While it may baffle us as we watch starving Kenyans lying helplessly on dry cracked grounds next to their herds of livestock, the Red Cross saw it for what it was. What we see as food is seen by the pastoralists as a means of livelihood. As a solution, the Red Cross now buys these animals from the pastoralists before they lose value and then sells the same meat to the same sellers. To us it’s absurd; for them it works.

The next time conscience comes knocking in your sheltered life reminding you that it is time to play your part, you may need to rethink your way of helping. Do you really get to choose what the poor need and what they don’t? Then again you hold the money, the choice, you decide.

* BROUGHT TO YOU BY PAMBAZUKA NEWS

* Please do not take Pambazuka for granted! Become a Friend of Pambazuka and make a donation NOW to help keep Pambazuka FREE and INDEPENDENT!