Manuel Noriega was extradited from France to Panama in 2011. | Photo: EFE

On condition of anonymity, a government official said Noriega died at around 11 p.m. local time after his condition suddenly took a turn for the worse. “Mr. Noriega died tonight,” Secretary of State for Communication Manuel Dominguez confirmed to the AFP.

END_OF_DOCUMENT_TOKEN_TO_BE_REPLACED

A Venezuelan diplomat accused the European Parliament Monday of approving resolutions that have a “negative effect on Venezuela because they encourage violence instead of condemning it explicitly.”

END_OF_DOCUMENT_TOKEN_TO_BE_REPLACED

The visionary propaganda of the USSR’s skilled artists upheld social equality in contrast to racial hatred, colonialism and imperialism.

The Bolshevik Revolution of 1917 ushered in the world’s first socialist state. Encompassing one-sixth of the world, the Soviet Union sought in its early days to bring about a global revolution against capitalism and imperialism, and openly declared its opposition to colonialism, racism and exploitation.

In order to advance toward the goal of world revolution, agitational propaganda, or agitprop was deployed as a means of conveying Marxist theory to the workers and oppressed of the world. Entire departments and agencies produced posters, cinema, poetry, music and literature for this purpose, and life in the socialist state was permeated with the striking motifs of agitprop artwork.

teleSUR takes a look at the iconic political posters of visionary Soviet artist and propagandist, Viktor B. Koretsky.

END_OF_DOCUMENT_TOKEN_TO_BE_REPLACED 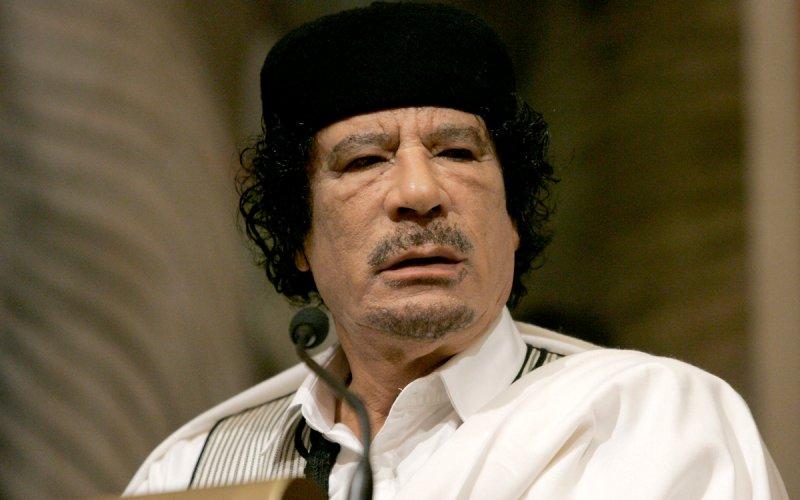 The text below is a transcript of an interview by Alex Knyazev of Russia TV24 with Peter Koenig. Koenig is an economist and geopolitical analyst. He is also a former World Bank staff and worked extensively around the world in the fields of environment and water resources. He lectures at universities in the US, Europe and South America. He writes regularly for Global Research, ICH, RT, Sputnik, PressTV, The 4th Media (China), TeleSUR, The Vineyard of The Saker Blog, and other internet sites. He is the author of Implosion – An Economic Thriller about War, Environmental Destruction and Corporate Greed – fiction based on facts and on 30 years of World Bank experience around the globe. He is also a co-author of The World Order and Revolution! – Essays from the Resistance.

END_OF_DOCUMENT_TOKEN_TO_BE_REPLACED

Life in Libya, devastated with imperialist intervention, is difficult: factional fights, blood spilling, death, destruction. Fighting factions have carved up the fourth largest country in Africa into fiefdoms. Uncertainty is permanent company of citizens there in Libya. Many wonder: is the economy operating?

A few media reports present a glimpse of life in the vast and oil-rich country embroiled in violence since the 2011 imperialist intervention toppled and killed Mummar Gaddafi. END_OF_DOCUMENT_TOKEN_TO_BE_REPLACED

The Petrograd Soviet votes in favor of forming a new, Coalition Government, despite Bolshevik condemnation and in contradiction to the March 1 decision of the Soviet. Weeks earlier, Lenin warned about the dangers of this new Dual Power.

Foreign minister Pavel N Miliukov (also spelled Milyukov) sends a declaration to the Allies regarding the Russian Government’s war aims. The government’s position is that of being ready to quit the war without any ambitions regarding territorial annexations.

However, knowing that the French and the British wouldn’t be happy with that position, Miliukov attaches a note of his own. Miliukov elaborates that Russia is still willing to “continue the war until complete victory” and that Russia is very much interested in expanding her territory. This note is leaked to the press and will cause the Provisional Government’s first crisis. END_OF_DOCUMENT_TOKEN_TO_BE_REPLACED

The author of this book, Abdi Ismail Samatar, teaches geography at the University of Minnesota but pursues his own personal interest in researching Somali history. This is his third book after roughly 30 years in teaching Western academe. The title of the book, Africa’s First Democrats, suggests that the Samatar continues to misunderstand and misrepresent post-colonial Somalia. The sub-title is also misleading because the book is neither about Aden Abdulle Osman ‘Aden Adde’ nor is it about Abdirizak Haji Hussein. Rather, it is about proving Samatar’s own viewpoint on conflicting, complicated and contested Somali politics. Aden and Abdirizak are merely used as exhibitions to achieve a political purpose. The book is an expanded piece of an earlier article written by Abdi and his older brother Ahmed Samatar and published in 2001 in their Bildhaan journal. Samatar can be seen as someone plagiarising himself when he does intentionally fail to inform his readers that the book is an extended work of that Bildhaan piece, which was nonetheless a flawed work full of mistakes and inaccurate propositions.

END_OF_DOCUMENT_TOKEN_TO_BE_REPLACED

About fifty years ago, in May 1967, there rose a storm of peasant struggle in the Naxalbari, Kharibari and Phansideoa areas of the Terai region of the district of Darjeeling. Locally, that struggle was directed against landlords and moneylenders. But there took place some such changes in the political life of India in the light of this struggle that transcended local considerations and assumed an all-India and international character. On one hand, Naxalbari represented a continuation of the peasant struggles that had been building up since the movement for national independence. It was the continuation of the peasant struggles of Telengana, Punapra-Bhailar and the Tebhaga movement. Going further backwards, it can be said that it was the continuation of the Santal Rebellion, Munda Rebellion, Faraji Rebellion, Indigo Mutiny and other peasant rebellions. After setting up the colonial rule, the British built up a class of landlords in India through the Permanent Settlement and other arrangements. This class of landlords represented an intermediate layer between the colonial rulers and the peasantry for the appropriation of agricultural surplus. This layer was dependent on the colonial rule for its existence and prosperity. Whenever the peasantry was driven to rebellion by the cruel exploitation of the landlord class, the British rulers suppressed them by sending their troops. Hence the target of the peasantry was inevitably the alliance between the landlord class and the colonial rulers. It might as well be called the alliance between imperialism and feudalism. END_OF_DOCUMENT_TOKEN_TO_BE_REPLACED

Following the script by the experts and strategists of the CIA, specialized in unstabilizing and tearing down governments, in Venezuela the counter-revolution produced a “quality jump”: it began with a warm-up on the streets, and transitioned to a non-declared (but nonetheless bloody) civil war. END_OF_DOCUMENT_TOKEN_TO_BE_REPLACED

On Saturday, May 20, a protest called by the Revolutionary Communist Group (RCG) and Rock Around the Blockade (RATB) was held outside The Guardian’s offices in London to oppose the newspaper’s media war against Venezuela and the Bolivarian revolution.