A Historical-Materialist Inquiry into the ‘Human and Animal’ 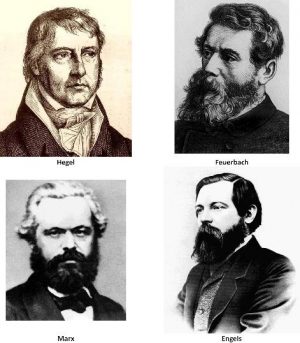 The title of the conference for which this article was originally written, “Defining the Human and Animal,” raises for me two problems that required its reformulation.1 The first problem pertains to the syntactically conjunctive “and” that serves semantically to separate the “human” from the “animal.” Notwithstanding what I would call “ultraconstructionist” claims, most succinctly summarized by Anthony Synnott’s insistence that “the body social [or cultural] negates the body physical,” the differentiation implied by the formulation, “defining the human and animal,” begs a not irrelevant biological question, namely: is not “the human,” Homo sapiens, also an inhabitant of the animal kingdom; are human beings not, to paraphrase Friedrich Nietzsche, “animal, all too animal”?2 Nietzsche would certainly have grasped the irony of Carl Linnaeus’s somewhat sardonic, if not wholly misanthropic, choice to give the epithet sapiens to the genus Homo. In what was clearly intended as an insult, Linnaeus set his fellows firmly in the animal kingdom by baptizing humans with the same epithet he attached to ape species, Simia sapiens.3 END_OF_DOCUMENT_TOKEN_TO_BE_REPLACED

LABOUR hit out yesterday at an “out of touch” Budget that shows the government is “not on the side of the workers” since Chancellor Philip Hammond’s spending plans fail to address poverty pay and falling living standards.

Jeremy Corbyn accused the government of failing to understand what daily life is like for millions of people and the “crisis” in Britain’s public services. He said Mr Hammond was “entirely out of touch with the reality of life for millions.”

The Labour leader continued: “Last night, over 4,000 people will have slept rough on the streets of this country. END_OF_DOCUMENT_TOKEN_TO_BE_REPLACED

OFF the front pages in the more serious newspapers, and off and on since the beginning of the year, we have been given a series of signals that another financial catastrophe may be not far away.

An expected downturn in Britain’s economy — and for Britain’s people — according to the Observer’s business editorial on January 1, was staved off last year.

Though 2016 began with a rout on world markets, it closed with US and British stock markets touching record highs. END_OF_DOCUMENT_TOKEN_TO_BE_REPLACED

“Women are powerful—that’s why they want to shut us down,” Rep. Pramila Jayapal (D-Wash.) told the crowd on Wednesday. (Photo: @LisMeyers/Twitter)

Women and allies gathered outside the U.S. Department of Labor on Wednesday, demanding fair wages, pay equity, paid leave, and labor rights while calling for an end to workplace violence and harassment. END_OF_DOCUMENT_TOKEN_TO_BE_REPLACED

IN PICTURES: Powerful posters advancing working women’s rights across the globe depict how “women in the struggle are women unbound,” as Lenin said.

“Women may be bound twice in a nation struggling for freedom, but women in the struggle are women unbound.” – Vladimir Ilyich Lenin

Celebrated across the globe, International Women’s Day is rooted in the working-class struggle for women’s rights.

Year by year, the importance of March 8 grows as a day marking the fight to advance working women’s rights. Across the globe, women continue to face human rights abuses including sexual assault, forced disappearances, human trafficking, modern-day slavery and the denial of reproductive health access. Plus, a culture of machismo and misogyny leads to tragedies such as domestic abuse and femicide that often go uninvestigated or unpunished.

END_OF_DOCUMENT_TOKEN_TO_BE_REPLACED

Her little boy is three years old and called Yoan Ramírez Romero.
His mother, Yoandra Ramírez Romero, watches as a plastic bucket fills with water while she talks to me. It is already almost half full, and the sound of water falling on water makes an unbearable racket.

I want to ask her to turn the tap off, but I don’t.

I talk to Yoandra as she holds a mop in one hand, and stands on one leg with the other resting over the knee. The floor is damp and she watches it. She listens to me and answers me in a low voice, which the sound of the rushing water does not let me hear clearly.

“I was pregnant and I decided to have the child.” END_OF_DOCUMENT_TOKEN_TO_BE_REPLACED