But this is not a special day for women alone. The 8th of March is a historic and memorable day for the workers and peasants, for all the Russian workers and for the workers of the whole world. In 1917, on this day, the great February revolution broke out.[2] It was the working women of Petersburg who began this revolution; it was they who first decided to raise the banner of opposition to the Tsar and his associates. And so, working women’s day is a double celebration for us. END_OF_DOCUMENT_TOKEN_TO_BE_REPLACED

Valentina Tereshkova, the first woman to conquer space, celebrated her 80th birthday on March 6, 2017. She is the only woman in the world to go on a space flight alone. Her flight into space, at age 26, is still the record for youngest female astronaut/cosmonaut.

In June 1963 Tereshkova spent two days, 22 hours and 50 minutes in space, orbiting the Earth 48 times piloting the Vostok 6 spacecraft.
Her flight occurred two years after Yuri Gagarin, the Soviet cosmonaut, became the first human in space.
Valentina Tereshkova is the first female astronaut in history and the first woman in Russia with the rank of a Major-General. Currently she is serving as a Deputy Chairman of the State Duma Committee on the federal and local level. END_OF_DOCUMENT_TOKEN_TO_BE_REPLACED

FACTS YOU SHOULD KNOW

Globalization, digital innovation and climate change, among other factors, continue to change the world in which we work — posing both challenges as well as opportunities in realizing women’s economic potential for a better tomorrow. Below, explore just some facts on where women stand today in the changing world of work. END_OF_DOCUMENT_TOKEN_TO_BE_REPLACED 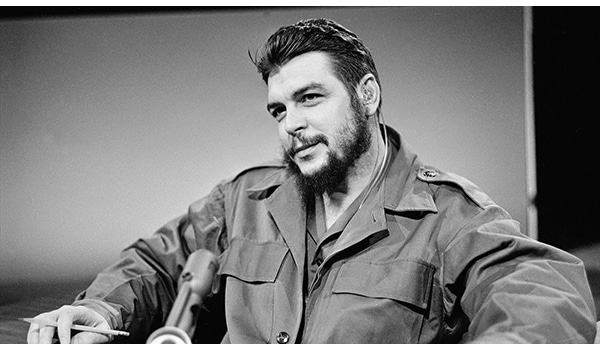 2017 is the 50th anniversary of the CIA-ordered assassination of Che Guevara. In light of a recent upsurge in denunciations of Che and the Cuban Revolution, it is important to separate fact from fiction. Here are 5 important points to take into account, all in historical context, drawn from countless reliable sources, especially the References at the end of this article. END_OF_DOCUMENT_TOKEN_TO_BE_REPLACED