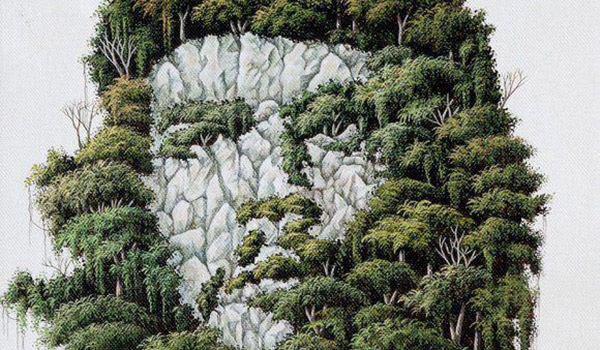 You and your colleague Paul Burkett just released your new book Marx and the Earth: An Anti-Critique (Brill 2016, Haymarket 2017). The subtitle classifies your new book as an “Anti-Critique.” To whom do you reply and, most importantly, why do you answer them?

JBF: A little history is in order here. Since the 1980s there has emerged, first in the United States/Canada and Europe, and now all around the world, what is known as the ecosocialist or ecological Marxist movement.

What Paul Burkett and I call first-stage ecosocialism grafted Green ideas on Marxism, or sometimes Marxist ideas on Green theory, creating a hybrid, or Centaur-like analysis. Pioneering thinkers such as Ted Benton, Andre Gorz, and James O’Connor faulted Marx and Engels for the ecological blinders, or even anti-ecological bases, of their thought. It was sometimes said that Marx had gone overboard in his rejection of Malthusian natural limits. In general, first-stage ecosocialism developed under the hegemony of Green theory. Although Marxism contributed the class or labor perspective the main ecological critique was seen as coming almost entirely from outside rather than from within historical materialism itself. Some, though not all, first-stage ecosocialists were very adamant in arguing that ecosocialism had displaced classical Marxism, freeing them from what they saw as many negative aspects of socialist traditions. Ecosocialism in such cases thus became a kind of negation of classical socialism. END_OF_DOCUMENT_TOKEN_TO_BE_REPLACED

‘They are slaves who fear to speak

For the fallen and the weak.’ G. Padmore

The events leading to the demise of the area formerly known as the Union of Soviet Socialist Republics (USSR), now known as The Russian Federation,  did not signify the end of Socialism, but did lead to the collapse of the Soviet block. Many say that the collapse of the Soviet Union brought to an end a certain interpretation of political philosophy and its application. This meeting in China at this moment in world history signifies that although the days of the Soviet block are over, China led by the Communist Party of China, implementing socialism with Chinese characteristics, holds high the banner of Socialism. What that teaches some is that Socialism in China is implemented learning from the experience of China, knowing that Socialism is adaptable to the realities of the place of application. The experience of China has seen its ups and downs. China continues to chart its way in an international environment not of its choosing.

END_OF_DOCUMENT_TOKEN_TO_BE_REPLACED

For four years, IMF head Christine Lagarde has taken a lead in stressing that inequality reduces economic growth, most recently speaking at Davos in January. This triggered articles such as “The IMF is showing some hypocrisy on inequality” by Christopher Sheil and Frank Stilwell, who argue that “IMF leaders should practise what they preach when it comes to inequality.” One response is an IMF blog by Prakash Loungani and Jonathan D. Ostry, entitled appropriately “Bridging Research and Reality”. END_OF_DOCUMENT_TOKEN_TO_BE_REPLACED

Venezuelan President Nicolas Maduro spoke out against a resolution calling on U.S. President Donald Trump to heighten sanctions on Venezuela for alleged “human rights abuses,” warning against rising “fascism” in the White House and Europe. END_OF_DOCUMENT_TOKEN_TO_BE_REPLACED

Instead of spending millions devoted to supporting Indigenous communities, Canada is spending a portion on promoting mining development in their territories, according to an investigation published Thursday.

Canada’s Indigenous and northern affairs minister, Carolyn Bennett, said in an interview in January that almost US$150 million are being spent on Indigenous initiatives, but a closer look at documents by Press Progress showed that the sum is exaggerated and that some is siphoned off into programs meant to win and pressure Indigenous communities into complying with mining projects.

Parliament set aside US$53 million last year to address a ruling that showed that Indigenous children were discriminated against in the budget. The Canadian Human Rights Tribunal, however, found that that gap was twice as big. END_OF_DOCUMENT_TOKEN_TO_BE_REPLACED

“I want us to take a firm step, and to think big,” Maduro told state media.

The program, the Local Provision and Production Committees (CLAPs) currently cover 5,734,705 households across the country, according to government figures. Maduro said his government aims to reach the goal of 6 million by March 12. That date will mark the one year anniversary of the founding of the CLAPs.