Climate crisis is sparing no corner of the planet. Two US cities – Phoenix and Los Angeles – bear signs of the crisis and related developments. There are many things to learn about the crisis in these two cities.

“This sprawling metropolis morphed in a matter of decades from a scorching desert outpost into one of the largest cities in the nation. Today, Phoenix is a horizon of asphalt, air conditioning and historic indifference to the pitfalls of putting 1.5 million people in a place that gets just 8 inches of rain a year and where the temperature routinely exceeds 100 degrees. END_OF_DOCUMENT_TOKEN_TO_BE_REPLACED

The Social Relations of Space Travel 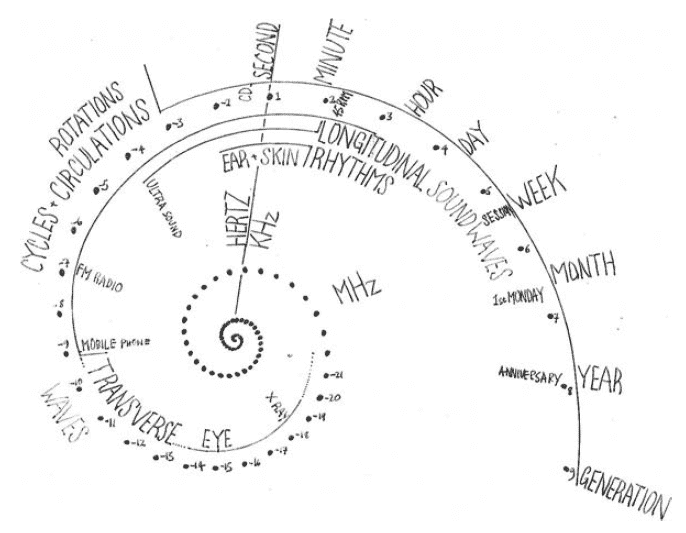 Diagram of a Frequency Spectogram

As societies interact with their external environment, human beings start changing their own internal nature. Marx applied this concept in order to understand the plight of workers at the dawn of industrial capitalism.1 It is used here to understand the relationship between the astronaut’s body and outer space. As astronauts penetrate ever further into the cosmos, how are their bodies and subjectivities being transformed? I will consider the earliest space missions to the Moon, as well as the experience of astronauts aboard the International Space Station, and their implications for future missions, such as those to Mars. Beginning from the idea of “space medicine,” which underlies many contemporary understandings of the astronaut’s body, I evaluate the usefulness of Henri Lefebvre’s notion of “rhythmanalysis,” with the aim of developing a more sophisticated relational framework for understanding the body of the astronaut. END_OF_DOCUMENT_TOKEN_TO_BE_REPLACED

February 1990 stands out as the most important month in South Africa’s history. This month divides South Africa’s history into two parts. The first, 1652 to 1989, represents the period of institutionalised racism and political oppression of black and indigenous people. The second period, 1990 to the present, represents a period of political freedom and self-determination of black people in South Africa. Now, 27 years into the new era, large sections of the black population are asking questions about the real meaning of the freedom that was ushered in in February 1990.

END_OF_DOCUMENT_TOKEN_TO_BE_REPLACED 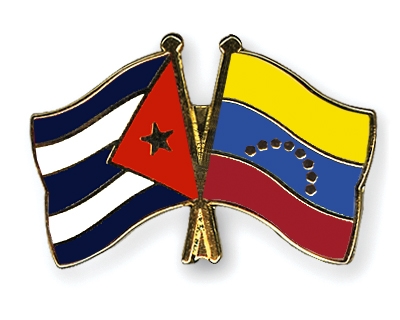 Cuba’s Ministry of Foreign Affairs issued a strong statement of support on Tuesday, backing Venezuela against a recent push by the U.S. and its hemispheric allies to expel the country from the Organization of American States.

The statement emphasized that Venezuela is “not alone,” and suggested that the most recent attempt by OAS Secretary-General Luis Almagro — backed by the U.S., Canada, Mexico, Paraguay and Argentina — to expel Venezuela from the organization had failed given that the expected vote to expel the country did not take place.

Noting the similarities between the campaign to expel Cuba in 1962, the statement said that Venezuela’s hard-fought a battle “in defense of sovereignty, independence, self-determination, and dignity of Venezuela and of all of our America.” END_OF_DOCUMENT_TOKEN_TO_BE_REPLACED

U.S. Congress voted Tuesday to controversially repeal a number of regulations protecting internet users, which will open up the door for people’s private internet history to be openly sold off by service providing companies.

Congress voted 215-205 in favor of repealing the Obama-era regulations that required internet service providers to gain user consent before they could access private information, including a person’s information on health, internet browsing history, location data, email content and applications that people use.

The argument from ISPs and those favoring the move is about consistency, claiming that the previous rules gave massive websites like Facebook, Google and Twitter a greater opportunity to dominate digital marketing because the rules for data collection are different for websites than ISPs. END_OF_DOCUMENT_TOKEN_TO_BE_REPLACED

LONDON, 27 March, 2017 − Energy efficiency is a subject unlikely to grab the headlines, but there is a quiet revolution under way that is changing the electricity industry and helping to save the planet from climate change.

After decades of constant increases, the consumption of electricity in many European countries is going down. Coupled with the rise in the use of renewable energy, this has cut carbon emissions faster than expected.

END_OF_DOCUMENT_TOKEN_TO_BE_REPLACED

Thousands of opposition supporters rallied across Russia against government corruption on March 26, 2017. The protests may be the biggest anti-Kremlin protest since 2012. A number of these protests were approved by authorities while a few were not approved.

Authorities arrested hundreds of demonstrators, including Navalny, who plans to run against president Vladimir Putin in the 2018 election, and Guardian reporter Alec Luhn, who was covering the protests. Luhn was released without any charges immediately after it was established that he was a journalist. END_OF_DOCUMENT_TOKEN_TO_BE_REPLACED

ICTA-Universitat Autonoma de Barcelona (UAB) researcher Jeroen van den Bergh publishes in Nature Climate Change a study in which he proposes a new economic theory compatible with the fight against climate change. The “agrowth” proposal comes up as an alternative to the opposing economic trends of “green growth” and “degrowth”

Forty-five years after the first proposal on the limits to growth by the Club of Rome, the increasing concern over climate change and how to deal with it has reopened the debate questioning whether climate change mitigation policies are compatible with economic growth. END_OF_DOCUMENT_TOKEN_TO_BE_REPLACED

Massive coastal flooding in northern Europe that now occurs once every century could happen every year if greenhouse gas emissions (GHG) continue to rise, finds a new study published in Earth’s Future, a journal of the American Geophysical Union.

Sea ice in the Arctic has declined dramatically in the last 50 years. Image: Patrick Kelley/US Coast Guard via Flickr

London, March 17, 2017 – Scientists have calculated that at least 30% and perhaps one half of the decline in Arctic summer sea ice could be attributed to natural causes – changes of ocean and atmospheric circulation that happen according to some long-term cycle.

And that means humans can be held responsible for at least 50% and up to 70% of a pattern of decline that could devastate Arctic ecology, and accelerate climate change in the temperate and tropical zones. END_OF_DOCUMENT_TOKEN_TO_BE_REPLACED