Millions of British families are on the brink of poverty. Rising prices and stagnating incomes have pushed them to the brink. A report from a leading UK think-tank has cited the fact.
Included in the 19 million families on the brink are six million children – 45 percent of the total in the UK.
The report warned that up to 11 million of those families will actually fall into poverty by 2020, when the cost of living is expected to be 10 percent higher, far outstripping estimated wage increases.
According to the Joseph Rowntree Foundation (JRF), between 2014 and 2015 up to 19 million people were living below the Minimum Living Standard (MLS) – up by four million since the financial crisis back in 2008. END_OF_DOCUMENT_TOKEN_TO_BE_REPLACED

Earth has a continent hidden in the region of the southwest Pacific Ocean. It is attached to New Zealand. The hidden continent is “Zealandia”. A recently published research report (volume 27, issue 3, March/April 2017) has made the claim.

A team of 11 researchers found that New Zealand and New Caledonia are actually part of a huge 4.9 million sq km single slab of continental crust that is separate from Australia.

The study, published by the Geological Society of America, found that the region is 94 percent submerged, mostly as a result of crustal thinning before the super-continental break-up. The study has used upgraded satellite-based elevation and gravity map technology. END_OF_DOCUMENT_TOKEN_TO_BE_REPLACED 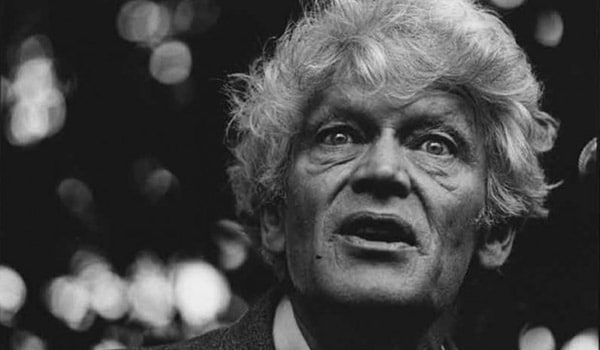 It is surely difficult now to grasp, for young people in the UK let alone the US and elsewhere, that thirty years or so ago, radical historian-activist Edward Thompson was by opinion polls intermittently the second or third most popular Englishman or Englishwoman, shortly after the Queen Mother. After all, the British establishment, to say nothing of American Cold Warriors (liberal or conservative) had slandered him for decades and why not? He had led massive protest movements of ordinary people against their government. Worse, in cloistered academic quarters he was viewed as having reorganized the whole idea of social history and turned it over to ordinary people! More than anyone else in the English-speaking world, he made the history of such people important. END_OF_DOCUMENT_TOKEN_TO_BE_REPLACED

Washington-based NGO Freedom House is funded by the US State Department and USAID. (Archive)

Washington-based NGO Freedom House made headlines recently with its 2017 “Freedom in the World” report that downgraded Venezuela to the dreaded category of “Not Free”.

“Venezuelan president Nicolás Maduro’s combination of strong-arm rule and dire economic mismanagement pushed his country to a status of Not Free for the first time in 2016,” the organization warned.

END_OF_DOCUMENT_TOKEN_TO_BE_REPLACED

Cuban children will round off activities as part of the 26th Havana International Book Fair by flying kites at the La Cabaña Fortress on Saturday, February 18, to demand an end to the U.S. blockade against Cuba and generate global awareness of the need to eliminate the aggressive policy, imposed on the island for over half a century.
According to the event organizing committee, in addition to the kite festival held at the Morro-Cabaña complex, similar actions will be taking place around the city, where messages such as #NoMásBloqueo and #UnBlockCuba will soar across the skies. END_OF_DOCUMENT_TOKEN_TO_BE_REPLACED

Over three lakh farmers have committed suicide in India since 1995. A majority of them were concentrated in five major agricultural states of the country – Maharashtra, Madhya Pradesh, Andhra Pradesh, Karnataka and Chhattisgarh. Even

Punjab recorded a high number of 449 farmer suicides in 2015, next only to Maharashtra. Farm suicides have been steadily increasing over the years. On an average, around 15,400 farmers ended their lives each year between 1995 and 2003. This number increased to more than 16,000 between 2004 and 2012. END_OF_DOCUMENT_TOKEN_TO_BE_REPLACED

Cuba’s Exclusive Economic Zone in the Gulf of Mexico has attracted the most attention among offshore exploration investment opportunities. Photo: Courtesy of Cupet

Even as Cuba invites foreign capital to invest in the country’s oil and gas industry, no chance is ever overlooked to reiterate the guidelines that govern how business is done in this sector on the island.
Cuba Oil & Gas 2017, a meeting recently held in Havana with more than 250 participants from countries such as Canada, the United States, Mexico, Venezuela, Brazil, Argentina, the United Kingdom, France, Italy, Germany, Spain, Russia, China, India and Australia, served to emphasize that the country’s program for the development and exploitation of its resources is based on the goal of energy independence. END_OF_DOCUMENT_TOKEN_TO_BE_REPLACED