After more than a half-century in the wilderness, the socialist left reemerges in America. Patrick Iber, Patrick Iber, writer and historian writes in The Nation:
“For the American left, 2016 proved to be a year with a cruel twist ending. In the first few months, a self- described democratic socialist by the name of Bernie Sanders mounted a surprisingly successful primary challenge to the Democratic Party’s presumed and eventual presidential nominee, Hillary Clinton. By the end of 2016, however, not only had Sanders lost the primary race, but Clinton had been defeated in the general election by a billionaire who dressed his xenophobic and plutocratic ambitions in the garb of class resentment.”
Patrick Iber’s article “Socialism’s Return” in the February 21, 2017 issue of The Nation said: END_OF_DOCUMENT_TOKEN_TO_BE_REPLACED

“Intelligence bureaucracy” and “deep state” terms are not unknown to media audience. The terms are now being used by Voice Of America (VOA), the media arms of the US government, which signify state of politics within the US state, the mainstream media and the propaganda it is conducting.
VOA in a February 24, 2017 report said:
“The White House has denied media reports that a so-called “deep state” of the United States government is withholding information from President Donald Trump in an effort to undermine his administration. END_OF_DOCUMENT_TOKEN_TO_BE_REPLACED

A Journal of People repor

Billionaire Warren Buffett delivered a black eye to the investment industry recently.
Media reports said:
“When trillions of dollars are managed by Wall Streeters charging high fees, it will usually be the managers who reap outsized profits, not the clients,” Buffett said in his annual letter to shareholders.
“Both large and small investors should stick with low-cost index funds,” he added. END_OF_DOCUMENT_TOKEN_TO_BE_REPLACED

A newly declassified report obtained by Fairfax Media reveals Australia’s role in the 2003 invasion of Iraq was undertaken solely to enhance Australia’s alliance with the US. All these were done with tax payers’ money, and also in exchange of destruction of a country bringing immeasurable suffering to the people of the destructed country – Iraq. The invasion forces even set foot into Iraq ahead of the March 20 deadline.
The Australian government joined the unpopular Iraq War in 2003. Australia deployed troops, warships and combat aircraft in the invasion. The motive was solely to boost its relationship with George W. Bush’s White House, reveals a declassified Australian army paper. END_OF_DOCUMENT_TOKEN_TO_BE_REPLACED

James Zogby, author of Arab Voices and contributor president of Arab American Institute made a number of observations on Saudi Arabia in an article (“Saudi Arabia Is Changing”) in Huffington Post (February 25, 2017). James Zogby has visited the country over four dozen times in the past four decades and has been able to conduct polling across the Kingdom for the past decade and a half. The observations include:
# “Something is happening in Saudi Arabia. The country is undergoing real change.”
# “In the early 1950’s … the population of Riyadh, the capitol, was in the tens of thousands. By 1980 … it had grown to one million. Today Greater Riyadh is approaching seven million souls.” END_OF_DOCUMENT_TOKEN_TO_BE_REPLACED 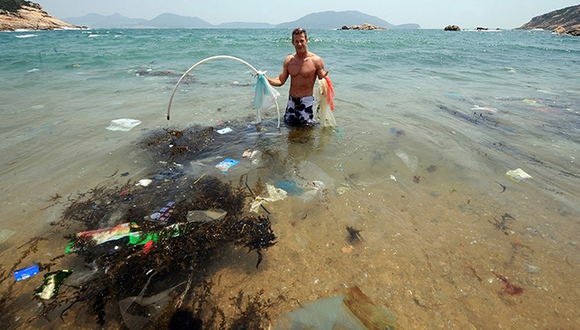 Scientists have detected “extremely high levels” of organic chemicals in the fatty tissue of amphipods, a type of crustacean, living in Mariana trench ― the deepest part of the world’s oceans.
“We still think of the deep ocean as being this remote and pristine realm, safe from human impact, but our research shows that, sadly, this could not be further from the truth,” study author Alan Jamieson, a marine ecologist at Newcastle University in Britain, said in a statement. END_OF_DOCUMENT_TOKEN_TO_BE_REPLACED

In February 1989, thousands of Venezuelans took the streets in a wave of protests that highlighted the right-wing misrule in the country. The protests came to be known as the Caracazo — an uprising that began in the capital Caracas — and ultimately shaped the country’s future.

On Feb. 27, the poorest Venezuelans living in the barrios, many in the mountains surrounding Caracas filled with shanty towns, took over the streets in what began as a protest against a new hike on public transportation prices. It became a nationwide movement. END_OF_DOCUMENT_TOKEN_TO_BE_REPLACED

The Cuban government’s response to OAS General Secretary Luis Almagro Lemes’ intention to travel to Havana, in order to receive a “prize” invented by an illegal grouplet, was met with various reactions from around the world.

Also implicated in the scheme were former President of Mexico Felipe Calderón, and Chile’s ex Minister of Education, Mariana Aylwin.

In Bolivia, President Evo Morales expressed his admiration for the Cuban people who prevented imperialist intervention in their country and frustrated a provocative scheme hatched by right wing organizations in the region. END_OF_DOCUMENT_TOKEN_TO_BE_REPLACED

Over the last few weeks, international media have reported the intention of OAS General Secretary Luis Almagro Lemes to travel to Havana, in order to receive a “prize” invented by an illegal grouplet, which operates in concert with the ultra-right wing Foundation for Pan American Democracy, created in the days of the 7th Summit of the Americas in Panama, to channel efforts and resources in opposition to legitimate, independent governments in Our America.

The plan, plotted during several trips to Washington and other capitals of the region, consisted of mounting a serious, open provocation against the Cuban government in Havana, generating internal instability, damaging the country’s international image, and at the same time, affecting the positive development of Cuba’s diplomatic relations with other states. Perhaps some calculated poorly and thought that Cuba would sacrifice its fundamental principles to maintain appearances. END_OF_DOCUMENT_TOKEN_TO_BE_REPLACED

President Evo Morales (in the center wearing a short-sleeved shirt) during a tour of the San José hydroelectric plant being built 85 kilometers from the city of Cochabamba. Photo: ABI

In 2006, when Evo Morales was elected President of Bolivia, there were some who thought he would only last six months and bring about the collapse of the nation, believing that an indigenous man could not effectively lead the country.

Many underestimated his years of struggle leading Cochabamba’s coca-growers trade union, and clear vision of what he wanted for the country and his people – the driving force behind his extraordinary mandate. END_OF_DOCUMENT_TOKEN_TO_BE_REPLACED